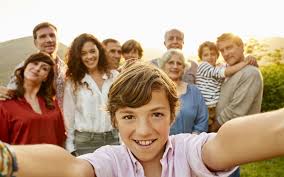 “Hear, my son, your father’s instruction, and forsake not your mother’s teaching, for they are a graceful garland for your head and pendants for your neck.” Proverbs 1:8-9

Growing up or living in a married family greatly influences your ideals and worldview. Social science research illustrates the positive influence of family on individual values and choices.

• Married adults are more likely to value having their own children, compared to adults of all other family structures.

• Though today only half of young adults raised in intact married families are likely to enter legal marriage as their first union, less than thirty percent of young adults who experienced their parents’ divorce will do so.

• Women raised in intact families are more likely to plan on having children than are daughters from divorced or step families.

Though your marriage is very powerful, there are many opposing cultural and community forces influencing your children. What are you doing to help them stay chaste until marriage, and how are you preparing them to stay married once they make their marriage vows?

The following chart shows that teenagers raised in intact married families are much less likely to be in carcerated than those who are raised in stepmother families.