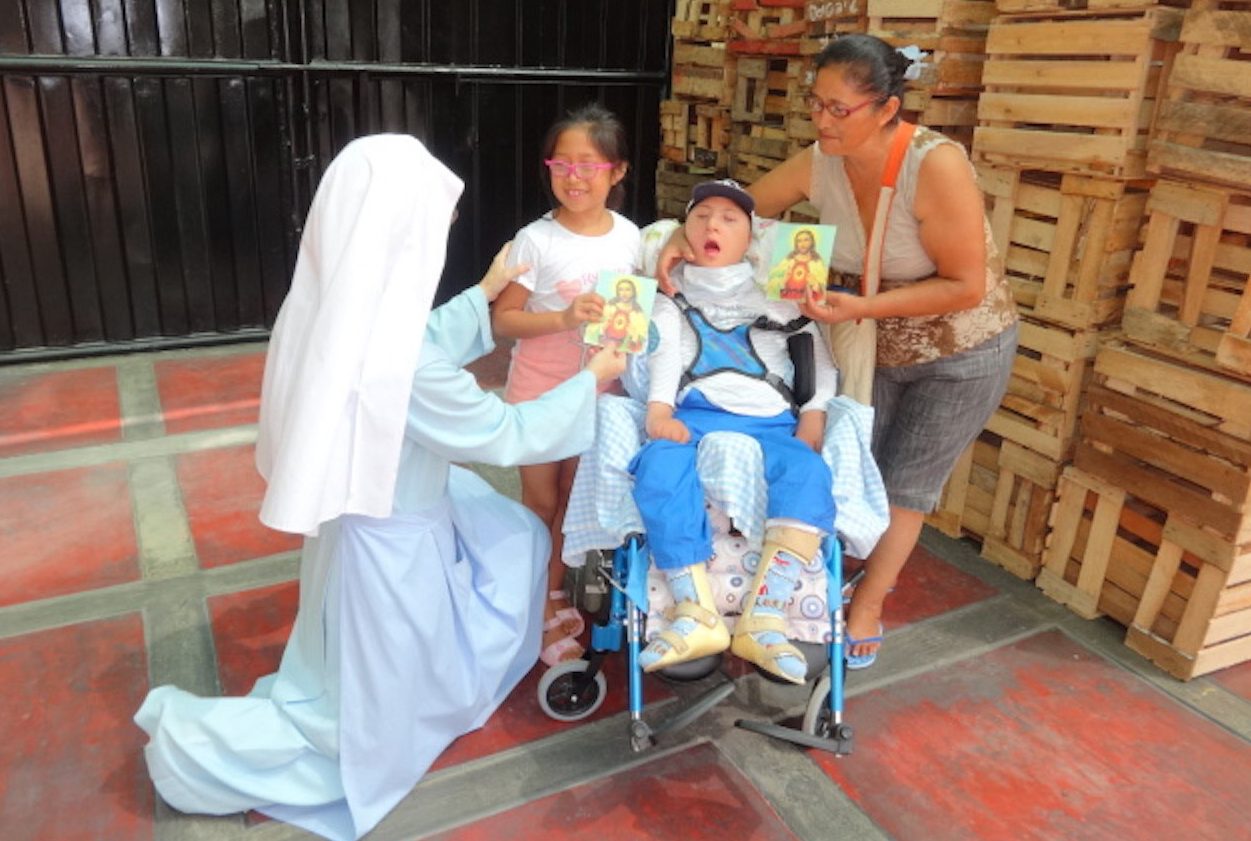 The multicolored Mission Rosary, created in 1951 by the national director for the Society for the Propagation of the Faith, recently named Venerable Servant of God Fulton J. Sheen, focuses our prayer on the Church and her ministry among the people of every continent. Each decade, strung with a different color bead, reminds us to pray for all: Green recalls the lush and fertile lands of Africa, Blue calls to mind the nations of the Pacific, White reminds us of the origins and center of our faith in Europe, Red symbolizes the fire of faith brought to the soil of the Americas and Yellow looks to the eastern light that rises with the sun over Asia and the Middle East.

Read about missionaries in our midst whose witness from Wisconsin have carried the Good News far and wide.

Such a symbol seems appropriate as we celebrate World Mission Sunday, Oct. 20, 2019. Catholics of every culture and language, of every nation and tribe, gather for the Sunday Mass. We pray that the Mission, given to us by Jesus Christ, who dwells with a particular love in the hearts of the poor, receives the best of God’s blessings and support.

The year 2019 enjoys the added benefit of what Pope Francis has titled this October: “Extraordinary Missionary Month.” Our missionary fervor, as he announced, is marked by the centenary of the promulgation of the apostolic letter Maximum illud on the activity of missionaries in the world, Nov. 30, 1919. At the close of World War I, during an unprecedented involvement of the world’s nations in conflict and war, Pope Benedict XV called for the Catholic Church in the same nations to have an equally unprecedented participation in proclaiming the “Good News that in Jesus forgiveness triumphs over sin, life defeats death and love conquers fear.”

Bishop Callahan, in his World Mission Sunday letter to us this year, highlights the missionaries in our midst whose witness from Wisconsin have carried the Good News far and wide. From Brother James Miller to Father Joseph Walijewski, their lives inspire us to bring the same message of trust and hope to everyone.

Those walking in their footsteps today include others: Kathleen Flatoff, from Tomah and a graduate of Viterbo, is now a Maryknoll Lay Missionary using her nursing skills in Kenya. Gabe Hurrish, from Stevens Point, once taught in South Sudan and is now back at the same teacher college newly motivated by faith and under a specially requested assignment as a Maryknoll Lay Missionary. Sister Carla Harrison, from Wisconsin Rapids, responded to God’s call to join the Daughters of the Pieta and now works with her fellow sisters bringing joy to people in Peru. There are still others whose missionary outreach in the name of Jesus seems to know no bounds. Many from the Diocese of La Crosse have supported the efforts of Father Francis Thadathil, MSFS, newly returned from India. There, his order responded to the faith of the people by establishing the Sateek Mission School, which opened in 2011. Missionary journeys have connected the Sisters of Our Lady, Queen of Africa with parishioners and friends of St. John the Baptist Parish in Marshfield. Together, they completed a convent for the sisters working in the Diocese of Sumbawanga and have begun work in more remote villages where the sisters serve. There are still others in Puerto Rico, Ukraine, Uganda, Haiti, Kenya and closer to home in places like New Mexico and South Dakota.

In addition to the World Mission Sunday collection, many generous acts of faith are made throughout the year and are forwarded to those in need. Sponsored by the Mission Co-op Program, funds given annually through the summer appeals are very effective in supporting the work represented by visiting missionaries. Efforts made by children on behalf of others during the Lenten Missionary Childhood Association mite box program promote the value of sacrifice and multiply the graces received. The children of Casa Hogar, Peru, are special emissaries helping our children to serve others in the name of Christ. The charts on these pages represent your generosity and the missionary achievements in which you have participated throughout this fiscal year.

World Mission Sunday, Oct. 20, 2019, during the Extraordinary Missionary Month, presents us all with another opportunity to pray for and generously support so many efforts in the name of Jesus around the world. It is a joy to see that your love and support will assist those most in need. More profoundly, as we see the face of Christ in them, we pray that they see the same in us. As Pope Benedict XV did in 1919 and Pope Francis echoes in 2019, may the call to a new fervor in Catholic Mission bring the joy of the Gospel and salvation in Christ to all.

By Father Woodrow Pace, Director of the Office for Missions
Published September/October 2019 issue