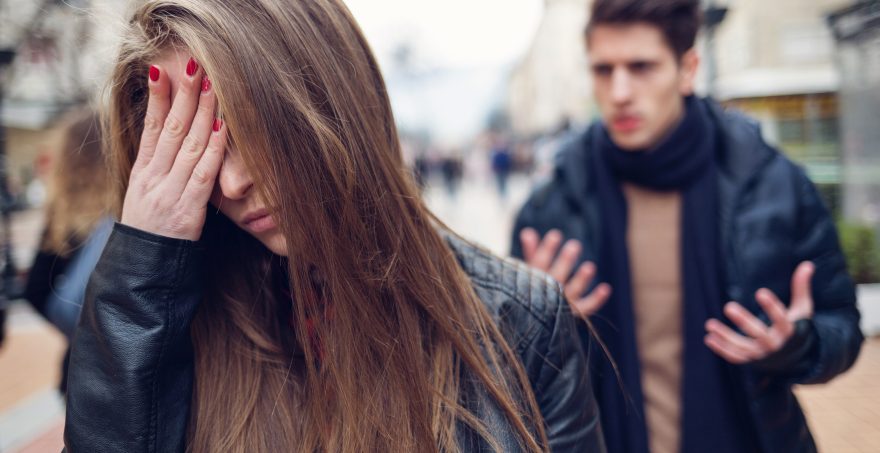 I’ve always been curious about why people (myself included at times) believe that conflict signals problems in a relationship, while the absence of conflict indicates successful relational communication. Whenever I ask my classes whether there’s anyone who enjoys a “good conflict,” the vast majority of my students stare at me in disbelief.  Not only are there very few people who’ll admit they like engaging in conflict, but most of the class cannot fathom the phrase “good conflict.” They’re convinced that all conflict is bad.

This is a belief commonly held by Americans. We shy away from conflict because we think it’s wrong, negative, and generally unpleasant. This is concerning because adults in the U.S. report experiencing the most conflict in their marriages, relative to other relationships they have. So, if we dislike conflict but experience it a lot in marriage, what does that tell us about our feelings of comfort in marital communication?

Conflict can bring goodI think it suggests that we need to appreciate the good that can come from conflict, and we need to use conflict skills that maximize those positive outcomes. Of course, that is easier said than done because conflict is defined as experiencing incompatible activities or incompatible goals. When we’re not “in sync” with our spouse (or we’re incompatible) that can be scary and disconcerting—we don’t know what will happen next and we may not get what we want.

We can learn to think positively. We can mentally “reframe” conflict as opportunity or challenge instead of scary. We can recognize that solutions come from spirited interactions between people who disagree. We can acknowledge that avoiding “groupthink,” a false harmony where we agree to avoid conflict, is in fact a healthy way to behave in marriage.  When you have a strongly-held opinion or belief, it’s important to share that with your partner. Marriage is, after all, the relationship where you are most “known” to another. If you refrain from speaking up to avoid conflict, you are denying your partner the chance to really know you.

CPR for communication skills In addition to believing that conflict can be positive, however, it’s also critical to learn communication skills for productive conflict. For a start, turn to CPR, which stands for Check-ins, Positivity, and Relational reminders. Check-ins require both partners asking one another periodically, “How are you doing?”  It’s important to both the process and aftermath of conflict, for spouses to feel cared for. When checking in you may discover that it would be useful to take a time out and come back to the conflict later or that one of you just wants to talk uninterrupted and have the other listen. Check-ins help keep the conflict process caring and productive.

Positivity refers to research showing that people in happy marriages have just as much conflict as couples who are unhappy, but happily married people are more positive while fighting. John Gottman, a psychologist, says that maintaining a ratio of 5:1 (five positive comments for every one negative) in conflict is a way to maintain marital satisfaction despite the presence of conflict.

Conflict in marriage is inevitable, but it is not inevitably negative or destructive.  Thinking and acting positively help us reap the rewards of conflict.
QUESTIONS FOR DISCUSSION

Lynn H. Turner (Ph.D., Northwestern) is Professor and Chair of Communication Studies at Marquette University. She is the co-author or co-editor of over ten books as well as many articles and book chapters. She and her husband, Theodore, have three children. Originally published in 2009 for First Years and Forever, Marriage and Family Ministries Office of the Archdiocese of Chicago.