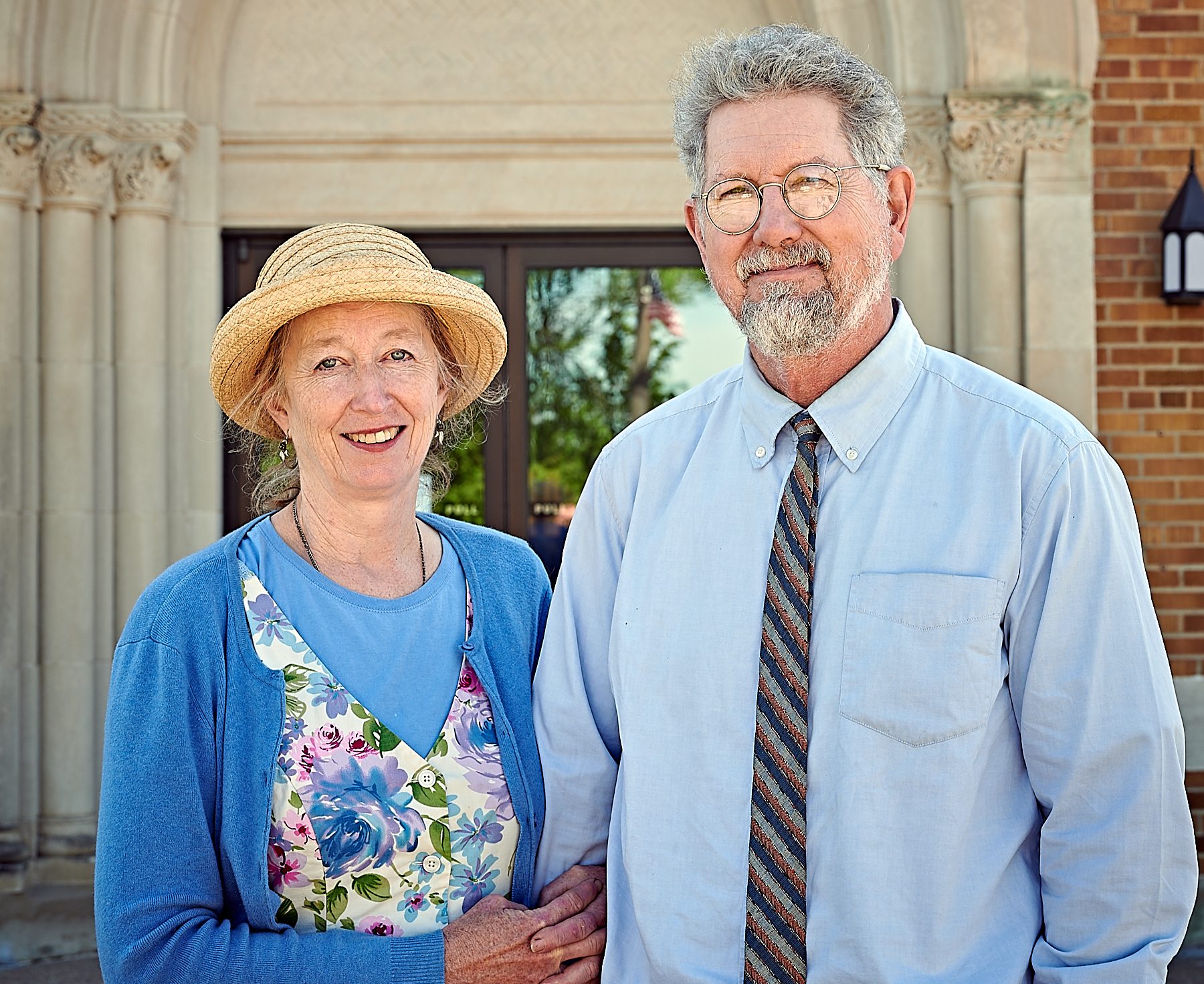 Charles Renner’s father was an atheist and his mother was a non-practicing Episcopalian. He was raised on a farm in Illinois in an environment where God was essentially absent from his young life. He never heard of Jesus or His mighty works.

As a young man, his mother encouraged him to leave the family farm, which she was not fond of, and to discover his place in the world. And so, he set off for college and a search for truth.

Along the way, Charles’ life journey led him down several paths that were based on the values of the secular world. But these failed to satisfy his inner need to understand what truth is.

It was during his first year in college that a Gideon Bible wound up on his doorstep. Charles started reading it of his own accord. “I knew immediately this was the truth and an act of God’s Grace,” he said. By reading and re-reading the Scriptures, Charles started discovering who Jesus Christ is and the meaning of truth. After his first year of college, he became an evangelical Christian and connected with the Campus Crusade for Christ, an interdenominational Christian organization for college and university students (CRU) whose missionary activities are similar to the Catholic organization for college students called FOCUS.

Subsequently, he left college without graduating and for the next 10 years pursued a variety of activities, including becoming a draftsman and doing mission work in India and Bangladesh with Operation Mobilization, an Evangelical Missions Agency. During this time, Charles fell in love with English literature because it offered answers to questions he had. Subsequently, he returned to the United States to finish his bachelor’s degree. He applied and was accepted at Trinity College (now Trinity International University), an evangelical Christian university located in Deerfield, Ill.

Susan Renner’s early life was quite different from Charles’. She grew up in the home of a small church pastor and his wife near Marshfield, where she experienced God in a Protestant faith tradition. Jesus Christ was part of Susan’s life from the beginning. He was no stranger. As a consequence of the Protestant Reformation and the rejection of papal authority, Susan came to believe that the Bible forms the sole authority of God’s revelation to humanity. It also led to the misunderstanding of the meaning of Catholic practices. She believed that Catholics worship idols like statues of the Virgin Mary and the saints and symbols like the crucifix. Based on these beliefs, Susan’s father did much to evangelize Catholics. As she grew into adulthood, she joined him in this effort.

Charles and Susan’s world converged at Trinity University, where she was in her last semester and he came in as a transfer student. They started dating; two and a half years later, they were married.

“My husband’s hunger for the truth did not stop after his initial conversion to Christianity,” said Susan. “He would study. We would talk.”

After graduating from Trinity, Charles went to Loyola of Chicago, where he read the poetry of Catholic authors, which led to reading the catechism. He obtained his master’s degree in English literature and almost completed his doctorate before moving back to Susan’s maternal grandparents’ home near Marshfield. Susan recalled during that time, “He worked on his dissertation, drove a bus, had a painting business and became youth pastor at our local church. And he would study, always searching for the truth. He studied the catechism and started using it in teaching an adult Bible class.”

Charles’ study and use of the catechism opened a new doorway into his search for truth. He came to understand that the Catholic Church is a sacramental church. And that the sacraments are the visible reality of the invisible reality of God’s Grace, a gift which is freely offered to us so that we can draw closer to God by imitating Christ in our daily lives. Consequently, because of this truth, he realized that he could no longer worship at their current church.

I had only a small seed of Faith, a slight ray of light, a thin thread, but gradually God has revealed more and more to me.”
– Susan

“This was a very dark time for me,” said Susan. “I knew what effect this would have on my family, whom I love, and yet I knew I could not forsake my husband. Ultimately, we sought the advice and consultation of Father Berg from Pittsville and began private RCIA classes.” Susan continued, “At that time I still had many doubts, but my desire to obey my husband and ultimately God was what carried me through.

“I had only a small seed of Faith, a slight ray of light, a thin thread,” said Susan. “But gradually God has revealed more and more to me. The authority of the Church, which is the umbrella for all teachings, has become the ‘Rock,’ the big T, Truth. Almost every question we have had has been answered through study and revelation of the 12 articles of the Catholic Faith,” as proclaimed in the Apostles’ Creed.

Slightly more than 20 years have passed since Charles and Susan became part of the Catholic community. During that time, they have experienced God’s Grace in a real way. With emotion, Susan described a small collection of miracles that took place after their conversion to the Catholic Faith. “After 17 years of marriage, God blessed us with a daughter, Katherine. All resentment towards my parents, particularly my mother, were gone after our first Communion. My husband was offered a teaching position at Lourdes in Oshkosh and my husband became the man I wanted him to be to a great extent because he knew I would follow him no matter what.” Charles added, “She is the real hero. I gave up nothing to become Catholic, considering my family background. But she had to go against the wishes of her family for the love of me.”

Susan continued, “Although Charles lost his teaching job, it allowed him to help me care for his mother in her last days, which included her conversion to Catholicism six months before she died. It opened the door for us to return to Arpin to live once again in my grandparents’ home. This allowed us to help care for my mother during her last illness, giving me the benefit of more reconciliation with her.” Charles now teaches at Assumption High School in Wisconsin Rapids.

Susan and Charles’ search for truth has been a journey along the path of life. They found truth in the Catholic Church. Charles summed it up beautifully: “Truth is Jesus Christ.” It is by the Grace of God through the Holy Spirit that we come to know and embrace Jesus in our lives.