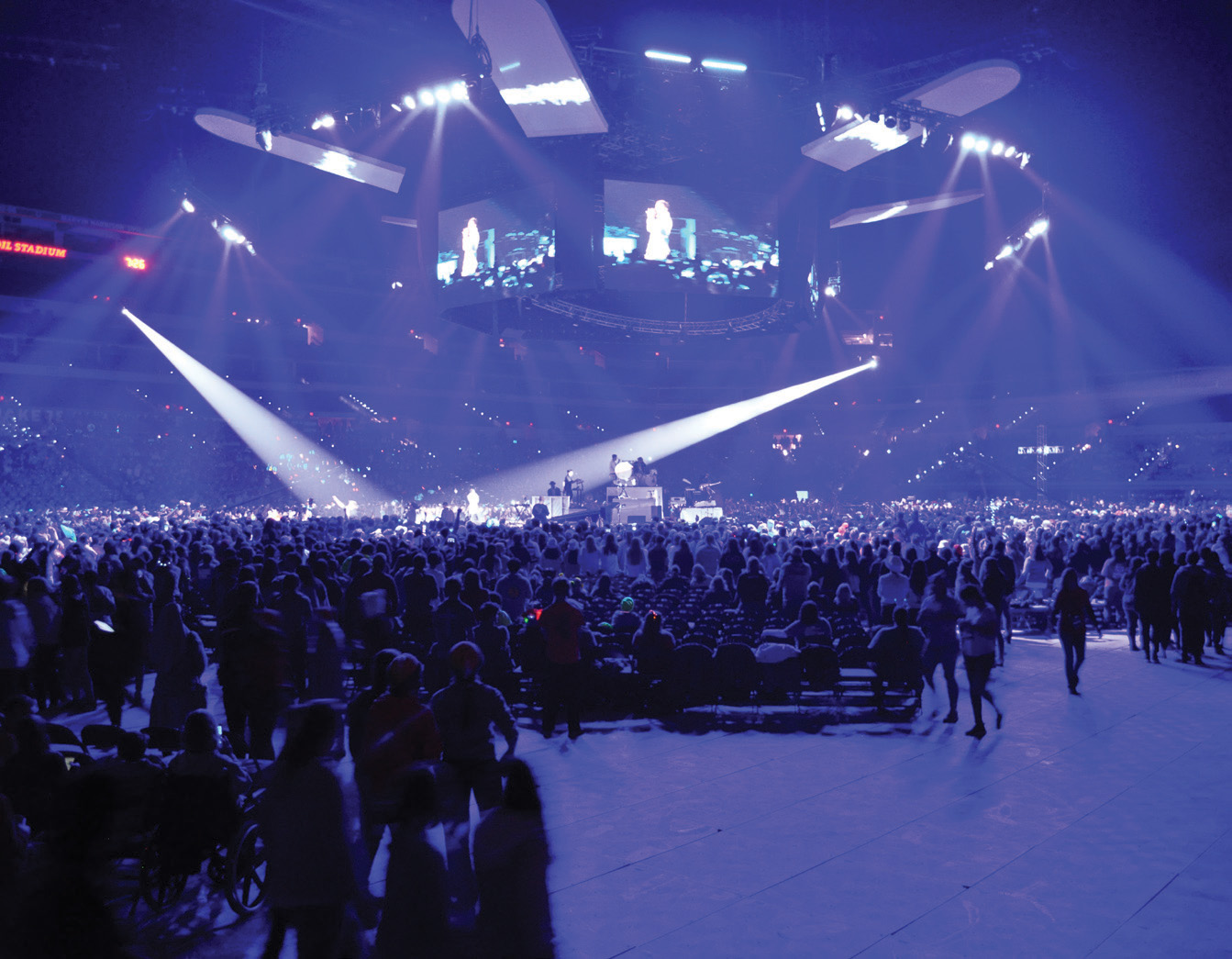 On Thursday, Nov. 21, 106 pilgrims from seven parishes throughout the Diocese of La Crosse met, boarded two busses in the early morning hours and traveled eight hours to Indianapolis. The National Catholic Youth Conference (NCYC) with 20,000+ youth from around our nation was our destination. After we arrived late Thursday, we had just enough time to put our bags in our hotel rooms before we left for the Lucas Oil Stadium. The first night featured a concert by the music group King & Country. Our opening session was with Father Agustino Torres, CFR, and Katie Prejean McGrady; they were also our emcees for the next four days. The night ended with a video message from Pope Francis played on the big screen. When we concluded, the energy in the stadium was electric and exciting. We were back to our hotel rooms at 11:30 p.m., with lights out at midnight.

“Praising the Lord through song and with 20,000+ young people was incredibly powerful! I had so much fun, I can’t wait to go again.”
– Kendall L.

On Friday, we were up at 6:00 a.m. and arrived at the stadium for worship, prayer and music. The day was filled with workshop opportunities given by some strong Catholic leaders such as: Jason Evert, Sarah Swafford, Joel Stepanek, Mark Hart and Sister Miriam Heidland – to name just a few! Topics of the workshops, which took place at the convention center, ranged from Liturgical Music to Loneliness and Suicide and were offered to youth, parents, adult chaperones, and people who are in ministry. Friday night ended back at the stadium with eucharistic adoration and reconciliation. There is nothing more powerful than seeing the Blessed Sacrament processed into a football stadium and having 20,000+ youth and adults fall to their knees in adoration and reverent silence. After adoration ended, it was back on the bus with lights out again at midnight.

“NCYC was a really inspiring trip. To be surrounded by so much positivity and love, it really changed the way I thought about youth in the church. I really loved this experience.” – Anna B.

“NCYC was a great experience and one that I will never forget. I would deFInitely recommend that other young people go!” – Lydia C.

“It was amazing to be able to worship God with everyone!” – Molly R.

Saturday morning started with wake up calls again at 6:00 a.m. and back to the stadium for morning prayer, speakers and more music. The day was filled with workshops, sessions, time for reflection in the adoration chapel, opportunities for reconciliation and, of course, meeting other young Catholics from around the nation. Saturday night, 20,000+ people gathered for Mass. To see the hundreds of deacons, priests and bishops process in during the opening song was truly remarkable. These men of God, who came to be with their youth for these four days, especially Father Peter Kieffer from St. Matthew Parish in Wausau, was incredibly inspiring. At the closing of the Mass, they announced the 2021 theme: ABLAZE.

“NCYC was beyond amazing. It’s great to meet so many others who have the same beliefs and values that I have.” – Emily P.

Sunday, we had our bags loaded and were ready to head out at 7:30am. Our parishes should be so excited to see the seeds that have been planted from these four days. Our high school students came back tired, but excited about their Catholic Faith and ready to be invited into parish life. As they were reminded by Archbishop Charles Thompson in his homily on Saturday Night, “They are the Church of now!” We can’t wait till 2021!