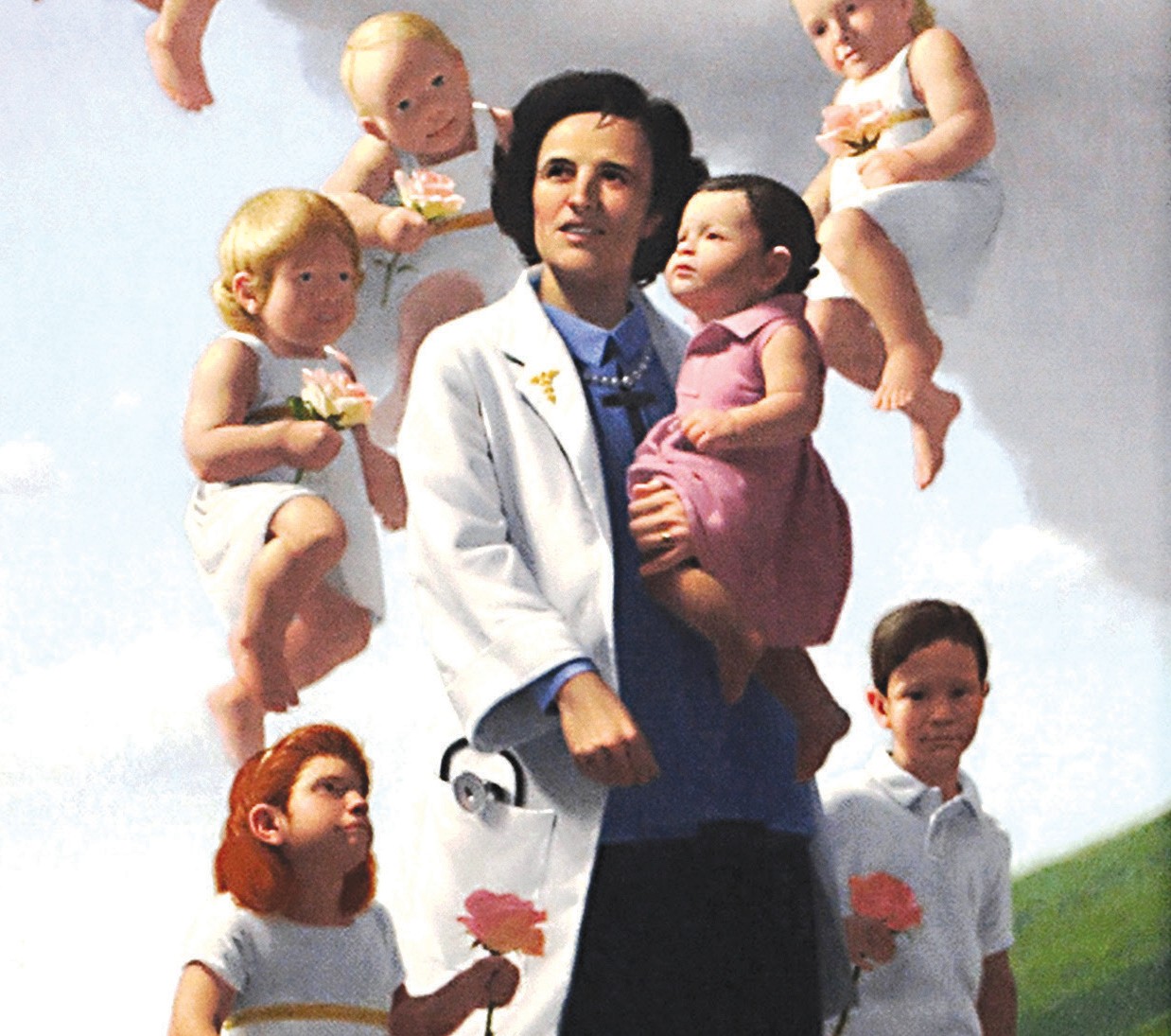 I see how the lives of the saints are not only stories but a witness to the beauty and power of our Faith. It’s not so much the “spiritual success” of the saints, but it’s knowing that they too struggled and looked to others for help when they faced difficulties. They remind me that having Faith is not sitting back and saying “I believe,” but it’s about the effort that I put in to believing more deeply, especially during the more challenging times.

Less than a year after we were married, my wife and I were told by our doctor there was a chance we would not be able to have children. While this possibility was discouraging and devastating to us, we turned to prayer. Each night we would get on our knees by the bed and pray the “Hail Holy Queen.” I had just come into the Catholic Church, so this was my first real step in participating in intercessory prayer. Since then, we have been blessed with three boys, with our last being born in 2005. Then in August 2011 we found out we were pregnant again. We were so happy, but also a little scared. The doctor told my wife that since she was 36 years old, she was considered high risk and was sent to see another doctor as a precaution.

My wife and I felt a stronger connection to St. Gianna, so we began praying for her intercession for the health of the baby and my wife. On April 2, 2012, our baby girl was born. We named her Gianna.”

Upon arrival at the hospital, we were taken to an examination room where one of the nurses asked my wife if she planned to terminate the pregnancy if they found something wrong with the baby. The nurse did not involve me in the conversation at all, nor did she even look at me. I felt like I was a ghost. My wife answered the nurse’s question by saying, “My husband and I will love and care for this baby no matter what.”

A little later, the doctor came in and began talking with my wife. Again, I was not acknowledged. He also asked if she planned to terminate the pregnancy if something was wrong with the baby. My wife gave him the same answer she gave the nurse. Thinking back, we had never experienced this line of questioning from our pro-life doctor in Nashville, where our three boys were born.

The doctor wanted to perform a procedure called an amniocentesis. This involves inserting a needle into the uterus to draw out amniotic fluid, which will be used to help evaluate the baby’s condition. It began to seem like the amniocentesis was his way of keeping the option to terminate the pregnancy open. I was already irritated at being ignored by the nurse and the doctor, and began to feel like we were having to defend even having our baby. I had heard enough. I asked, “Can’t rupturing the amniotic sac before giving birth be dangerous?” He said there would be a risk involved. I asked, “If you find something wrong with the baby, can you correct the problem?” His reply was, “Not always; it’s up to you what you do with the information.”

Upon hearing this guidance, my wife and I just looked at each other. I said, “Well, we are going to love and care for this baby no matter what. So, it seems pointless to put the baby’s life in danger to do a procedure that will possibly give us information about a problem that can’t be corrected.” That ended our conversation and our relationship with that doctor.

As we drove home from the appointment, my wife and I talked about how we fought for the life of our baby. We began talking about the story of St. Gianna Beretta Molla, who, when pregnant with her fourth child, was told she had a tumor. Instead of choosing the option that would save her own life, St. Gianna put her baby’s life first, and demanded everything be done to save the baby. St. Gianna sacrificed her own life for the life of her child. My wife and I felt a stronger connection to St. Gianna, so we began praying for her intercession for the health of the baby and my wife. On April 2, 2012, our baby girl was born. We named her Gianna.

I am very excited to be a part of the Witnesses for Christ Conference to be held Aug. 28-29, 2020. We have a gifted speaker—Father Timothy Gallagher—who will guide us in learning about overcoming spiritual discouragement. In addition, there will be interactive breakout sessions that will dig deep into specific areas of service to others. I am particularly excited that a couple of the workshops will focus on the art of storytelling, diving into stories of some modern-day saints. We are looking forward to the opportunity to talk with you, pray with you, and network with you. For further details and to register, please visit www.diolc.org/witness.