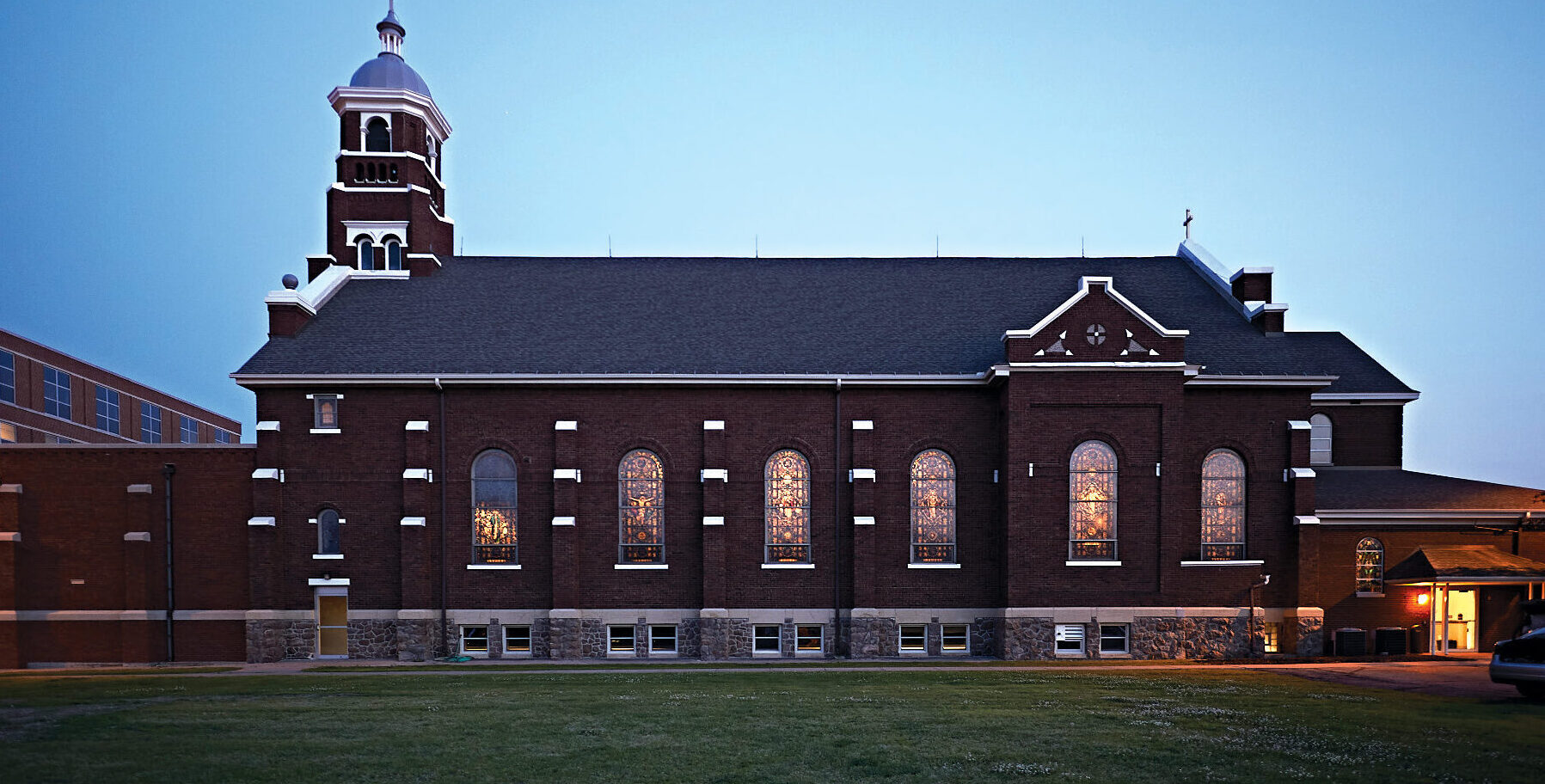 The Catholic spirit of the lay faithful has always been alive in the Stevens Point area. More than 100 years ago, a community of 150 families realized that a church was needed to accommodate the influx of Polish immigrants settling in Portage County, at which time was part of the Diocese of Green Bay. Bishop Paul Peter Rhode agreed that a new worship space was needed and in 1916 purchased land on the east side of Stevens Point. The community adopted St. Stanislaus Kostka as their patron saint, a 16th century Polish novice of the Society of Jesus who is very popular in Poland. Thus began St. Stanislaus Kostka Parish in Stevens Point with Father Anton Malkowski as its first pastor.

Industrious and generous of spirit, the mostly farm family community pooled their resources and began building. Using a team of horses to drag a sled-type scoop, slowly the basement was dug. Field stone from the glaciated area of Custer some 10 miles to the east was hauled by horse and wagon to the site of the church and formed the walls of the basement.

After the church structure was completed, members donated the altar, statuary, bells, monstrance, stations of the cross, communion railing and stained-glass windows. Gazing at the windows, one can see the names of families who donated their financial resources as a way of expressing their Faith.

As early as the summer of 1918, the first parish picnic was held at Waterworks Park along the banks of the Wisconsin River, now known as Bukolt Park. Farmers donated most of the food, and the women baked sweets and made crafts to sell. “Corn game” bingo was also played. Profit from the first picnic was $3,000, a tidy sum for the day. Parish picnics still live on to this day.

Renovations and repairs are inevitable, with the first occurring in 1963, following the Second Vatican Council. The sanctuary space was remodeled; the most apparent change was a new altar at which the priest now faced the congregation as he celebrated Mass. The Frank Trzebiatowski family, which donated the original altar and statues, met with Pastor Francis Piekarski and agreed to move them to rural churches.

Twenty-three years would pass before a second major renovation was needed. In 1986, Father Donald Przybylski and the St. Stanislaus Kostka Parish family started the “Share Because We Care” campaign with a goal of $600,000. The money was used to eliminate parish debt owed to the diocese, to replace the roofs on the church and school and to repair or replace windows and to refinish the pews. Air conditioning, carpeting and an elevator were also added. Through the generosity of parishioners, the renovation was completed and the debt was erased, leaving a $150,000 surplus.

The need for Catholic education was met by building a school in 1925 adjacent to the church. The first school had eight classrooms and was staffed for 60 years by the Sisters of St. Joseph, Third Order of St. Francis (SSJ-TOSF). About 12 years after the school was completed, a convent was built, also adjacent to the church, to house 15 sisters who taught at the school.

As enrollment continued to increase, a new school with 16 classrooms was built in 1950. At the height of enrollment, more than 500 students attended St. Stanislaus School.

Sister Carlene Blavat, SSJ-TOSF, pastoral minister of St. Stanislaus Kostka Parish from 1993 to 2005, recalled when the sisters no longer taught at the school. “Lay teachers replaced the sisters and there was no need for them to stay at the convent. The building was put to good use after they left,” she said. “It served as living space for several groups in the Stevens Point community: The Salvation Army, the First Home for unwed mothers and their children and a meeting place for foreign exchange students from the university.” However, the convent was eventually razed and the new Holy Spirit Parish Ministry Center, which was completed this year, was built on the site.