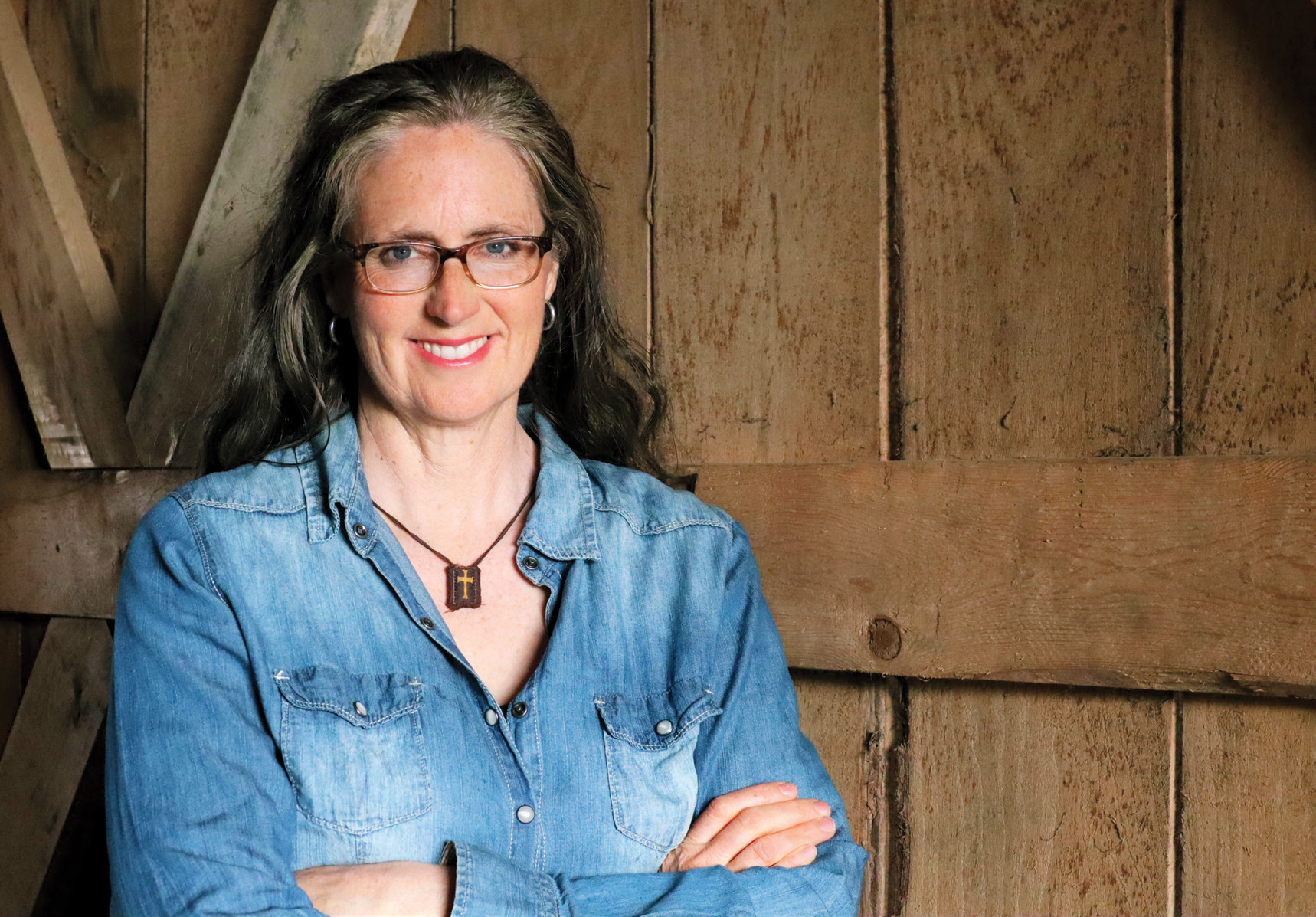 Brenda Corr was about 5 years old when she met her first horse; the experience was both terrifying and fascinating. “Our family had some friends who lived in the country and we went to visit them,” Brenda remembers. “They were trying to ride an old horse, and I watched the kids slapping and yanking on him; he responded by bucking them off. In the midst of the drama unfolding, the horse looked over at me and then walked towards me. It was terrifying. I thought he was going to eat me,” she says with a laugh. “But he seemed to have a fascination with me, and I with him.” Thus began Brenda’s journey with horses, which would eventually lead her to create “Hoof it to Healing,” a unique retreat opportunity in Viroqua that “guides participants to a harmonious and deeper relationship with horses” and, ultimately, with God.

Following that first intriguing experience with a horse, Brenda would seek out opportunities to spend time with horses as she was growing up. “I would go to the outskirts of town to watch them,” Brenda says. “I wanted to be with horses and try to understand them. Something in them resonated with me. I knew they had a desire for peace and harmony with humans, even though sometimes when a human comes into a horse’s life, it can cause them a good deal of stress.” When she turned 14, she progressed to riding horses and her friend’s mother told her she had a knack with them. “All I could think was, ‘What does she see?’” she says. “Because I was still terrified of horses, even though I loved to be around them.”

Brenda met her husband, Michael, when they were both living in Milwaukee. Her sister set them up on a blind date; seven months later, they were married. “When you find the right person, you know it,” she says with a laugh. It had always been a dream of Brenda’s to own some land and have horses. “My husband and I knew that we wanted to leave Milwaukee, and we would either move to a warmer climate or buy some land in Wisconsin to stay close to family,” Brenda says. “One day, he showed me a picture of a property in Viroqua. We went to see it and fell in love with the area.”

Horses mirror people, they can teach us so much about ourselves. They bring out the best and the worst in us.

After settling into their new home in the countryside, Brenda and Michael were able to purchase their first two horses. They soon learned that owning horses wasn’t as idyllic as they had imagined. “The horses were young and they sensed pretty much right away that we didn’t know what we were doing,” Brenda acknowledges. “I had spent time with horses that were easy to get along with, but our horses were not easy. It went downhill pretty quickly.” Brenda enrolled in a program that teaches horse psychology, so she could begin to understand why horses respond differently with different people. Since horses are prey animals, it is important to see things from their perspective. The program proved to be successful—but only to a point. “Horses mirror people,” Brenda explains. “They can teach us so much about ourselves. If you’re not willing to look at your inner self, all the horse psychology in the world won’t help. They bring out the best and the worst in us.”

Brenda and Michael’s lives became filled with raising their four children, so she wasn’t able to devote a lot of time to deepening her relationship with horses. It wasn’t until a horse named Shea came into her life that things began to turn around. “Shea means ‘the gift’ in Gaelic, but he didn’t feel much like a gift,” Brenda admits. He was a rodeo performance horse with what seemed to be a quiet nature, until they got him home. “One day, as I was working with Shea, he blew a gasket,” Brenda remembers.

“Performance horses are often traumatized. He was actually quite dangerous, but I was determined to work it out and help him. I felt like I had been depending on others to help me fix my horse problems. At that moment, it felt like God, the One who knows everything, was telling me to depend on Him.” Brenda decided to try a different approach; it was time to let the horse be the teacher.

“One particularly enlightening moment came when I was working with Shea and he was really challenging my leadership,” says Brenda. “I looked at him and said, ‘Come on, buddy, it’s all different now. You can let go.’ The horse looked at me and I heard the words, ‘You first.’ I couldn’t believe it. This horse came into my life with so many issues, but I realized it was also a reflection of all the issues that I was holding on to. God was using this horse to help me heal and face the wounds in my own life.”

Brenda realized what she was asking of Shea—to trust her—was reflective of what God was asking of her. “That day was a breakthrough,” she says. “Horses have feelings, just like us. They have days when they’re in pain, or in a bad mood, or afraid. You have to work in partnership with your horse, just as God wants to work in partnership with us. Yes, I wanted obedience from Shea, but I wanted willing obedience, not resentful obedience. It’s so similar to what God wants from us.”

Brenda felt called to share her new-found understanding with others and eventually the St. Anthony’s Ridge Horsemanship Center was born. She and Michael turned their 145-acre property into a place where people can come and experience God’s peace and healing while connecting with the natural world around them. They brought together a talented ministry team, including speaker Paul Gordee; lay ministers of healing prayer and deliverance Bill and Rita Lew; food and hospitality coordinator Sarah Gordee; and Catholic therapist Tony Shay. “The Hoof it to Healing Retreat is a day where people learn to connect with horses on a deeper level,” Brenda explains. “But they can also dig deeper into their own soul, so it can be a very personal, healing experience.”

The center is the perfect place to appreciate the natural beauty of the world. “We can learn more about God by looking at what He’s created,” Brenda explains. “There are so many beautiful things in nature—a horse, a tree, a creek—and all of that is a reflection of God. Nothing we can do artistically as humans can compare to what God has created. When I look around at everything He has done, it’s sometimes overwhelming. It’s like we get this little insight into God by what He has created on Earth.” Pausing, she adds thoughtfully, “When I witness the awesome beauty of nature, I can only imagine what heaven will be like.”