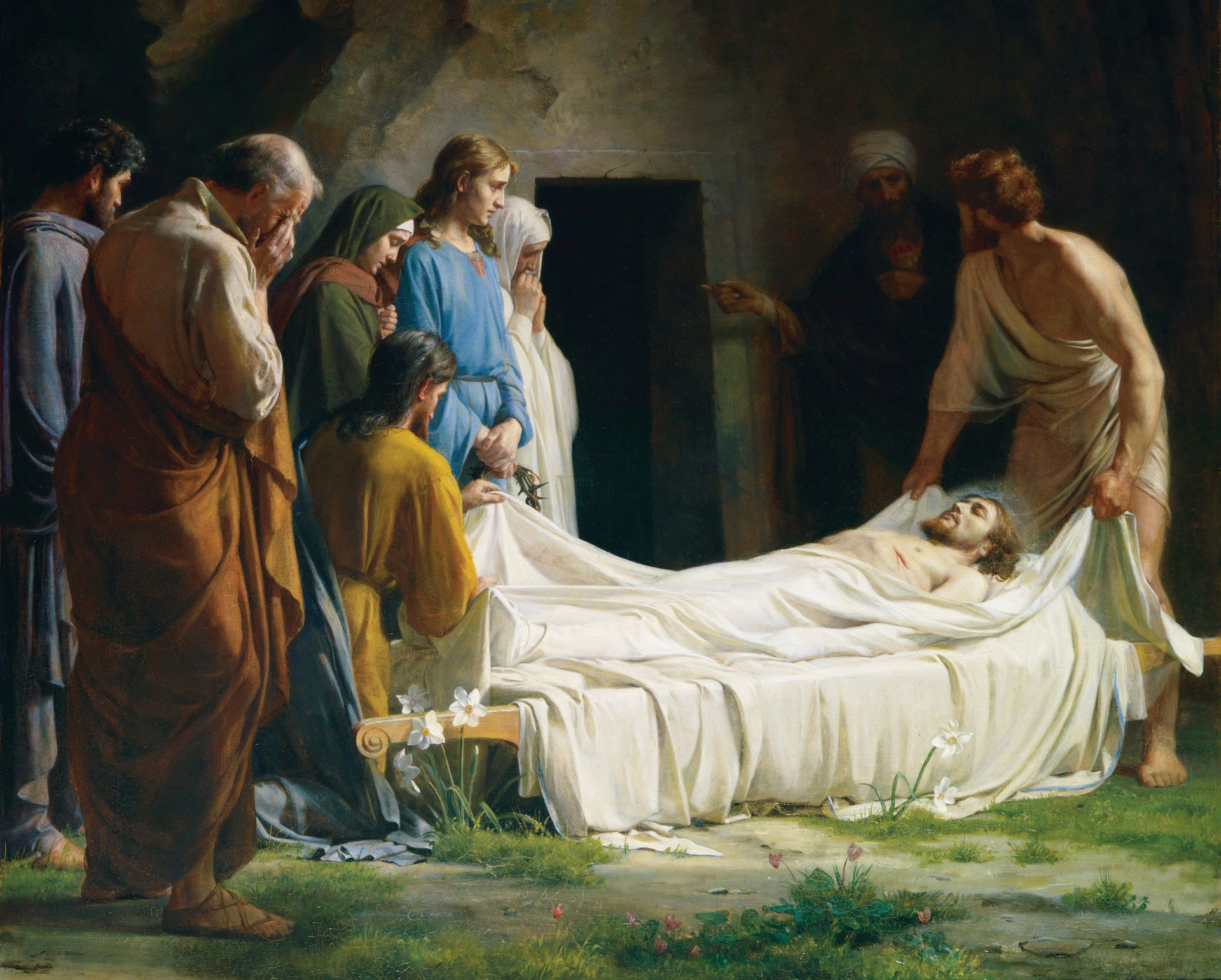 Some of the [tomb] guard went into the city and told the chief priests all that had happened. The chief priests assembled with the elders and took counsel; then they gave a large sum of money to the soldiers, telling them, “You are to say, ‘His disciples came by night and stole him while we were asleep.’ And if this gets to the ears of the governor, we will satisfy him and keep you out of trouble.” The soldiers took the money and did as they were instructed. And this story has circulated among the Jews to the present day. (Mt 28:11-15)

When I was in grade school, a classmate asked me, “Did you know that if you’re falling in a dream and you hit the ground, you’ll die in real life?” I was astounded by this, but, with later reflection, I realized it was nonsense. If someone died in their sleep while dreaming, how would anyone know what they had dreamed? The tomb guards’ cover story also makes no sense. If they were sound asleep, how would they know who (if anyone) had stolen Jesus’ body at night?

The Gospel writers recount the story of the resurrection just how it happened.

For the sake of argument, let’s suppose Jesus’ disciples carried away His dead body from the tomb. Then the apostles would know that their stories of interacting with the resurrected Jesus were lies. Church history reports that 10 out of the 11 faithful apostles went on to die bloody martyrdoms. Now people might lay down their lives for what they mistakenly believe to be true, but who would die for what they know to be a lie?

So let’s suppose instead—again for the sake of argument—that the Gospel writers lied, fabricating all the stories of Christ having arisen. But, if the evangelists had been liars, they would have spun their tales differently. The apostles, the founding father leaders of the Christian Church, are often presented unflatteringly, warts and all. They repeatedly misunderstand Jesus’ teachings and squabble for place and honor. In the garden, they fall asleep and desert our Lord when trouble comes. And even after the resurrection, they are slow to believe. A liar would neither invent nor include a story of St. Peter repeatedly denying Christ, but all four evangelists did. And who are presented as the first eyewitnesses to Easter morning’s miracle? Various women—in an era where Jewish law treated female testimony as inadmissible. Liars would have fabricated more culturally acceptable witnesses. But the Gospel writers recount the story of the resurrection in this way because that is how it happened.

St. John Chrysostom (347–407 AD), after raising points similar to these, preached this in answer to those who doubted the bodily resurrection of Jesus Christ:

“How then account for the fact that these [12 uneducated men], who in Christ’s lifetime could not stand up to the attacks by the Jews, now set forth to do battle with the whole world if Christ was dead–if, as you claim, Christ did not rise and speak to them and rouse their courage? Did they perhaps say to themselves: ‘What is this? He could not save Himself but now He will protect us? He did not help Himself when He was alive, but now that He is dead He will extend a helping hand to us? In His lifetime He brought no nation under His banner, but by uttering His name we will win over the whole world?’ Would it not be wholly irrational even to think such thoughts, much less to act upon them? It is evident, then, that if they had not seen Him risen and had proof of His power, they would not have risked so much.”