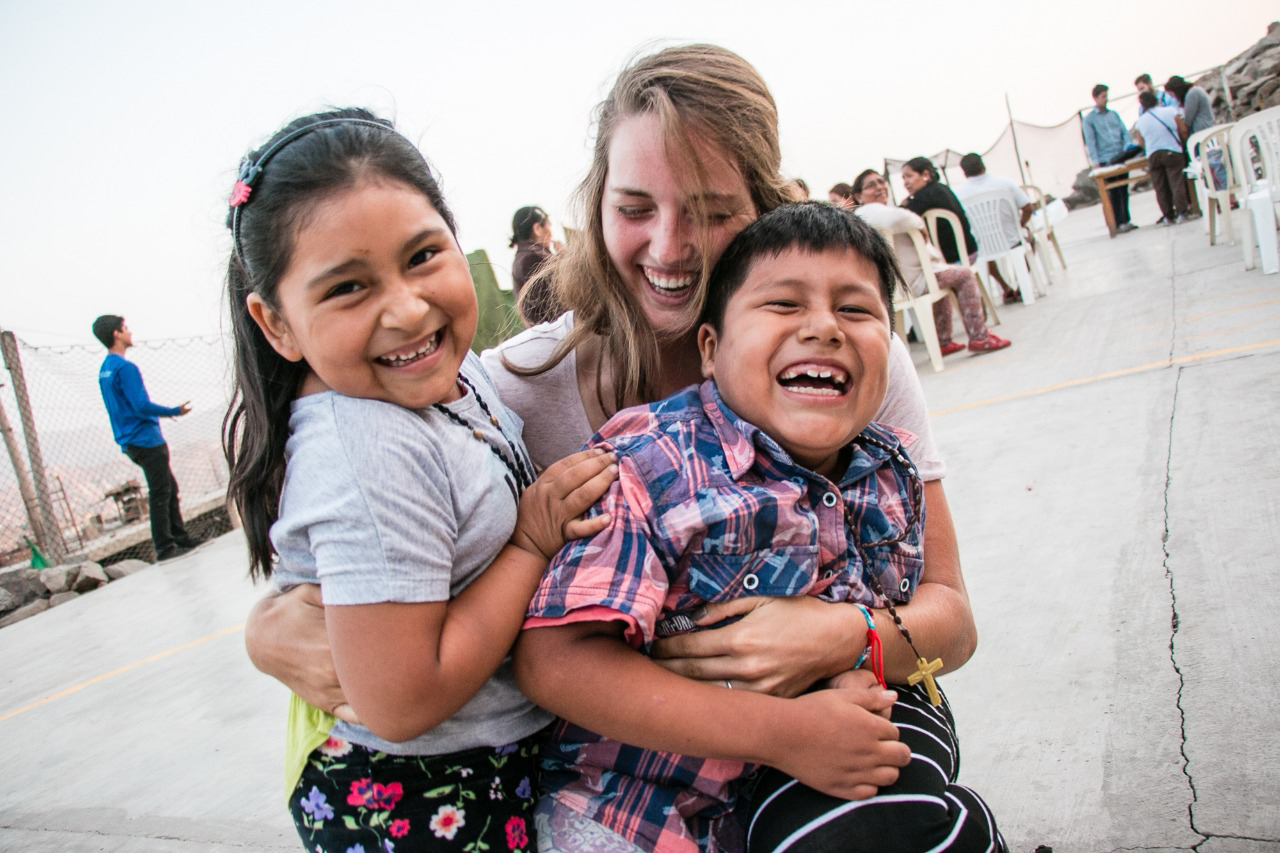 Amanda answered the call and accepted His love

Missionary work throughout the world has formed Amanda into understanding her role as a daughter of God.﻿

Originally from Detroit, Amanda attended Catholic schools and never doubted God’s existence. She struggled, however, with the notion of being a daughter of God.

“People would tell me I’m a daughter of God, but I couldn’t come to terms with that. I wanted a relationship with Jesus but struggled with that daughter aspect.”

Amanda attended Eastern Michigan University in Ypsilanti, Mich. As an athlete who suffered a hip injury setback, her first year of college included a lot of brokenness. “I didn’t know who I was, and I didn’t like who I was.”


I felt the Lord preparing my heart to take that leap of faith, and I said yes to it.

She got involved with a non-denominational church her freshman year, stopped attending Mass and took a step back from her Catholic Faith. During her junior year, she dated a Protestant who attacked the Catholic Church.

“I started to think that maybe the things he was saying were true. So, I started asking hard questions. After going through all that, I knew I couldn’t walk away from my Catholic Faith.”

That decision brought her to adoration and an invitation afterwards from a FOCUS (Fellowship of Catholic University Students) missionary to go have hot chocolate. “I had never heard of FOCUS before this. She told me what FOCUS did and it must have been the Holy Spirit working through me, because I blurted out that’s what I want to do when I graduate!”

FOCUS caters to college students and not only teaches Faith and discipleship but also is home to amazing missionaries who make up this group. The missionaries who lead FOCUS are usually recent college graduates who received a calling to minister on-campus because of their experience with FOCUS as a student.

Amanda was struck by the FOCUS missionary’s confidence in who she was and her confidence in Jesus and her Catholic Faith. Amanda then joined FOCUS her senior year.

As a student, she went on a FOCUS mission trip to Malaysia in 2017. While there, she got into a motorcycle accident and couldn’t walk for two days. “It was pretty serious, considering I had two previous hip surgeries caused by a sports injury in high school. We were in the jungle and nothing could be done. With more than a week left on the trip, people had to carry me everywhere.”

On the third day after her injury, she was carried to Mass and Holy Hour. “I tried not to cry during Mass because I was in so much pain. During Mass I had this desire to go to confession. At that time in my life, this wasn’t a normal desire. After confession, I was praying to God, asking what He wanted me to do here, because I was helpless. During Holy Hour, the priest prayed over and anointed me. The pain was gone. I heard the Lord say, ‘I have healed you. You can accept this and walk out or reject it and be carried out.’ When it was time to leave, I got up, genuflected and walked out.”

Amanda has since heard of many conversions of the Malaysian people who witnessed her miraculous healing.

“After that year, I finally knew what it meant to be a daughter of God. I remember feeling so free and so beautiful and confident. The logical next step for me was to become a FOCUS missionary.”

Her advice to college students is, “Say yes to the invitation. Whether it is Bible study, a mission trip, retreat, Mass or confession. Say yes, even if it’s something you don’t want to do in the moment or if it’s scary. Saying yes to those kinds of invitations are the things that will change your life. And stay close to the sacraments. Praying, confession, Mass and staying close to these habits and keeping close with people who will support you and do that habit with you.”

Amanda’s ‘yes to the invitation’ continues to change her path in life. While a student at Eastern Michigan University, she performed mission work in Germany for two summers. This experience sparked a passion for evangelization in Europe. The desire remained with Amanda and has now led her to a FOCUS missionary position on a college campus in Passat, Germany.

“I thought my previous mission work in Germany might turn into leading missions to Europe, but it turned into me moving there full-time!” Amanda felt an abundance of peace when praying about this life-changing decision, despite the many challenges and sacrifices it requires. “I felt the Lord preparing my heart to take that leap of faith, and I said yes to it.”

The theme in Amanda’s life has been how the radical surrender to the Lord led her on an adventure. “My plan for my life was simple: I was going to become a teacher, move back to the island that I grew up on and teach at the high school there. The Lord’s plan was much different: participating in mission trips to six different countries; living in Peru for a time; leading mission trips to two countries; and becoming a full-time missionary on a college campus. There have been ups and downs in it all, but in everything, there has been abundant joy. Never have I regretted following the Lord’s call, even if it brought me to difficult situations.”