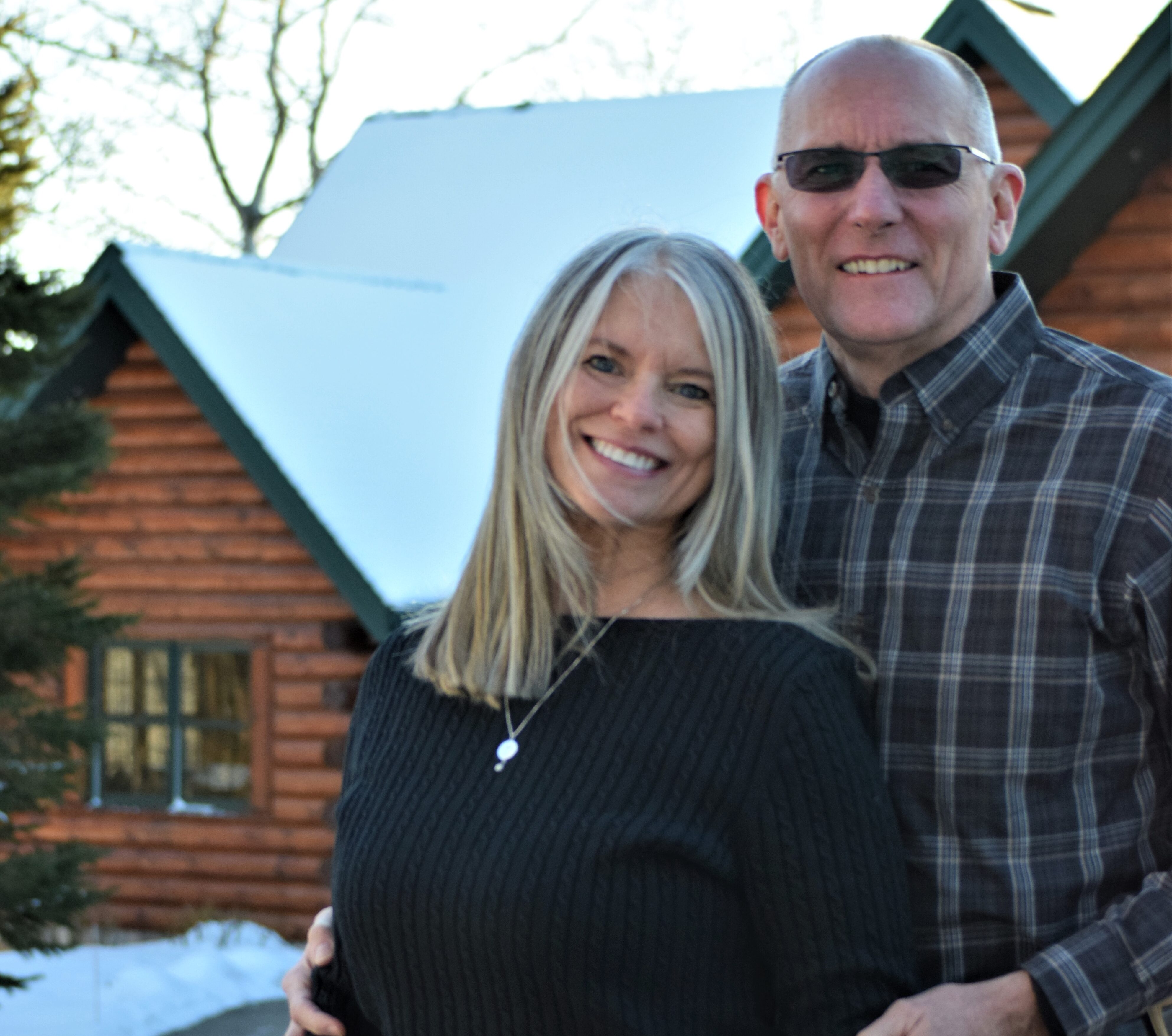 Wayne and Marlys Honeyman’s 43-year marriage has been a faith-filled journey of twists and turns, taking them from their origins in Hettinger, N.D., to their current home in rural Prescott—a beautiful area they weren’t even aware of until a few years ago. “There have been times that our path has changed in such a way that there can only be one answer: the Holy Spirit,” says Marlys. Her husband agrees. “We’ve had some pivotal moments when we’ve really relied on God’s timing,” Wayne says. “And we’ve always ended up where we need to be.”

The two met at a dance when Marlys was 18 and Wayne was 19. “That fall, we attended the University of North Dakota. We dated for about a year and married in 1977,” Marlys explains. After marriage, they moved to Wayne’s third-generation family farm near Hettinger, where they worked and raised their three children: Jessica, Joshua and Seth. Eventually, the farm was sold and the couple opened a fitness center in Hettinger.

“There was a period early on when Wayne and I went through a bit of a dry spell in our Faith,” Marlys admits. “We were practicing Catholics, but there was a very attractive Methodist church in town that we could see thriving. I told my mother we felt like we weren’t being spiritually fed where we were. She answered, ‘Well, what are you doing to make it better?’ Those words convicted us to the core.”

Eventually, Wayne and Marlys participated in “Life in the Spirit,” an eight-session seminar where they learned about the gifts of the Holy Spirit. “It was an eye opening and transformative experience,” Wayne says. “We really grew in our Faith.”

Marlys agrees. “We learned that the Holy Spirit wasn’t just active in Old Testament times. We were able to see the world in a whole different light. As Catholics, we know the Faith journey is a marathon, not a sprint; however, those sessions were our Pentecost. They ignited our love of Scripture, adoration and the sacraments. We started tithing, teaching CCD and co-led a Christian rock ministry of high-schoolers. Through this involvement, we grew in Faith with a wonderful community of friends.”

Wayne became a charter member of Hettinger’s Knights of Columbus. “Through the years, I’ve belonged to three councils, one in Watertown, S.D., and then as a charter member at St. Mary Parish in Big River, where I presently serve as financial secretary,” he says.

The concept of “I AM” is difficult for people. A repeated refrain throughout my book is, ‘He loves you like no one else can. He is I AM.’” – Marlys

The couple moved to South Dakota in 1997, then to Minnesota in 2006, after some perfectly timed prodding from their daughter and son-in-law, who live in the Twin Cities. “Our first grandchild had been born and our son-in-law sent us an envelope that had a return address with just two words: ‘too far.’ Inside were three ads for IT jobs in the Twin Cities,” Wayne says. He sent his resume, expecting to receive three rejections, but that was not the case. “In the span of just a few weeks, I went from not even thinking of having a new job to receiving a job offer in Minneapolis and moving into my daughter’s basement while Marlys sold our house in Watertown,” Wayne chuckles. Marlys adds, “Amazingly, the house sold in less than a month without a Realtor. It was one of those times when you know you’re really not in control. The Holy Spirit was definitely at work!”

The couple settled into a townhome in Woodbury and Marlys, who worked for the Center for Bioethical Reform (CBR), expanded her regional office to CBR-SD and Beyond. “Besides marriage and motherhood, working for the pro-life movement was the most important work I’ve ever done,” Marlys says. “We went to college campuses to be approachable to students and talk about life issues. Invariably, youth would come to me and admit that they had suicidal thoughts, or that they had lost someone to suicide,” a topic which hit home for Marlys. “I lost two brothers to suicide,” she explains. “I believe God was using my experience to help others. I could try to help them understand that death is never the answer to difficult life circumstances.”

In 2017, Marlys was diagnosed with breast cancer, a diagnosis that would shake up their lives in unexpected ways. “We weren’t really enjoying life in a townhome because we had no room for friends and family,” Marlys says. “My diagnosis made us think about our dreams and what we want to accomplish before we are gone. God used my cancer as a wake-up call, that we needed to be better stewards of our life. Wayne and I knew that God blesses everyone with many gifts. We realized that one of our gifts is hospitality, but we weren’t able to utilize that gift in a small townhome.”

They decided to look for a new house and expanded their search outside their current Minnesota location. They were happy to find a log home in rural Prescott, about a 40-minute drive to Wayne’s work. “The commute gives me more prayer time,” he quips. “And the farm boy in me always wanted to be tucked away in a cabin in the woods.”

When they realized that St. Mary Parish was located only three miles from their future home, they knew the Holy Spirit was once again at work. “We’ve been parishioners at St. Mary’s for three years now, but we felt welcomed there from the very first day,” Marlys says. Wayne agrees, saying, “We love inviting souls into our home for fellowship or just a time of rest. Community is so important to us.”

Marlys is now cancer-free and says she has been blessed by all the prayers on her behalf. She says God recently fulfilled her lifelong dream when her children’s book “I AM” was published in April by Pauline Books & Media. “It is a message I wanted to leave for my grandchildren and for the world,” Marlys says. “The concept of ‘I AM’ is difficult for people. What exactly does that mean? Hopefully this book makes the concept relatable for kids and shows them the depth of God’s love—something I wish I had learned at an earlier age. A repeated refrain throughout the book is, ‘He loves you like no one else can. He is I AM.’”

Wayne and Marlys are enjoying life near Prescott with family visits, which now includes seven grandchildren. “We’ve had a family tradition since 2005, which is so inspiring to us,” Marlys shares. “Every Christmas, as the family gathers around the table, each person brings a different intention that we commit to pray collectively for the following year. That Christmas, we’ll reflect back on those intentions and what the outcome was.” Wayne adds, “This past year, we could see our teenage grandchildren, and even the littler ones, had put a lot of thought into who they wanted to pray for. It’s very special to see how important this tradition has become to all of us.”

When a couple have been married for more than four decades, as Wayne and Marlys have, inevitably they are asked for the key to a happy marriage. “Put God first and He’ll take care of the rest,” Wayne says. “Our Faith life is everything to us.”

“We learned that we need to surround ourselves with people who are going to lift us through the thatched roof,” Marlys says. “That parable of the paralytic has run true in our lives. I don’t believe we would have the strong Faith we now have without the Holy Spirit and all those people who have lifted us up in prayer throughout the years.”

Wayne sums it up by adding, “We are so blessed.”