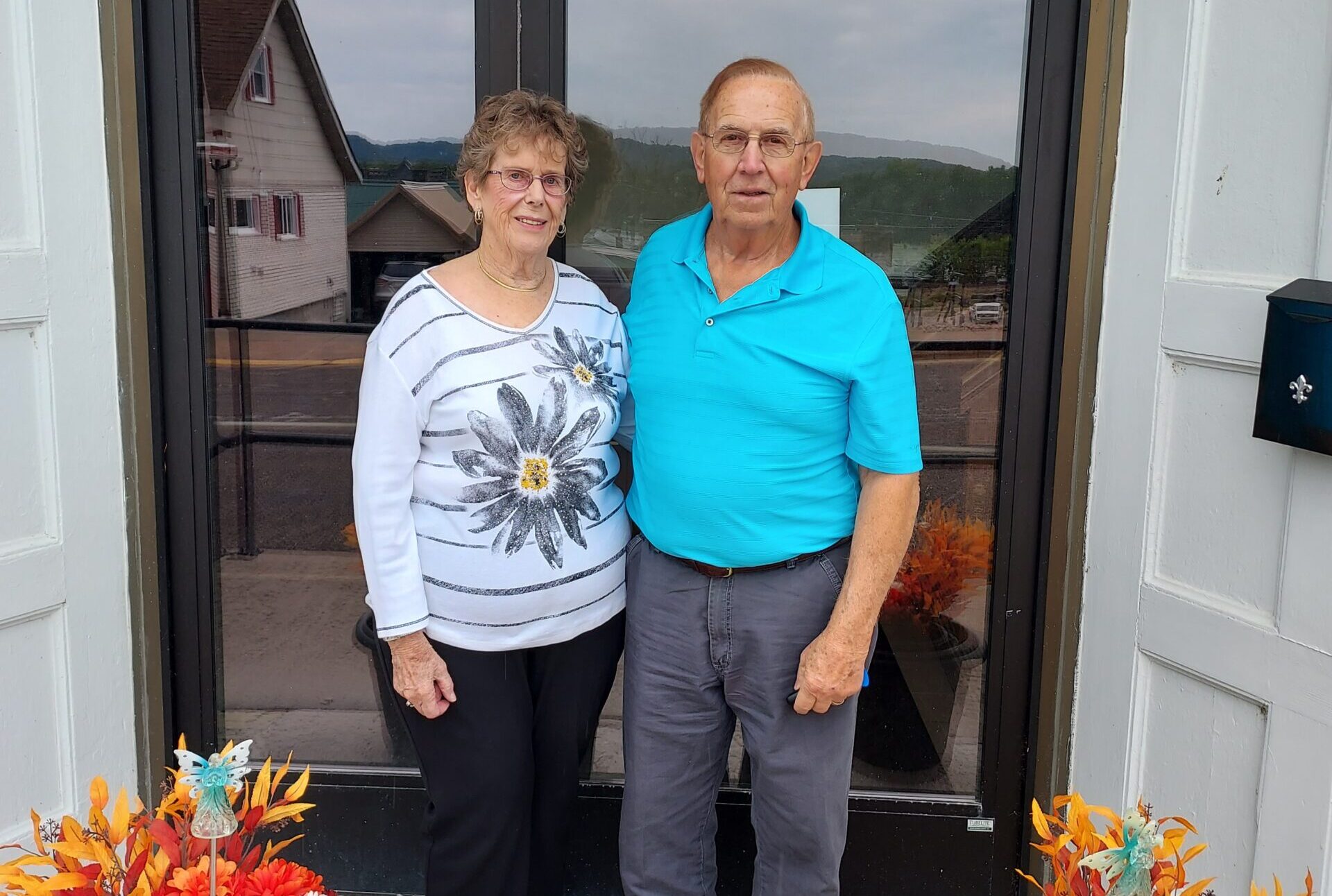 Every once in a while a couple comes along whose steadfastness, joy in serving the Church and Catholic Faith shine brilliantly in this vale of tears. Jim and Bernice Semling from Fountain City are one such couple.

Bernice grew up in Winona and Jim was raised on a large farm near Fountain City. Both had the advantage of a solid Catholic education through their families and parochial schools. “The Franciscan Sisters were very impressive,” recalls Jim. “They were firm in discipline and dedicated to teaching about the life of our Lord Jesus and the Twelve Apostles. The sisters were also thorough in their instruction about the Catholic religion.” Bernice was first taught by the School Sisters of Notre Dame. “The sisters had the Faith themselves and it emanated from their lives,” says Bernice. “They were pleasant and offered many insights into life. For example, we were taught to think of others in need and to say a prayer for those being rushed to the hospital in an ambulance. This is a practice I started to do after they taught it and still continue to do it to this day.”

“We do not blame God or anyone else for these difficulties.  They gave us a deeper prayer life and we found grace in serving others.” -Bernice

Back in the day, when the local parish and school were the center of social life, as well as Faith formation, Jim’s sister helped arrange for him to meet Bernice. They met at a Friday night dance at Bishop Cotter High School. In no time, their love for each other grew and they were married at St. Stanislaus Church in Winona, which is now a basilica.

Besides running their family farm, Jim worked full-time in a factory. Bernice made the transformation from city girl to farmer’s wife. The Semlings were blessed with four children: Alan, Dennis, Darci and Jeffrey. As their children grew, they pitched in and helped with chores. During this very busy period, the Semlings made time to serve in their parish, Immaculate Conception in Fountain City.

Jim served on the parish council, ushered and was an active member of the Knights of Columbus. Bernice served as a catechist for second graders and took Jeffrey, their youngest son, with her to class. She especially loved preparing the young children for first Communion and first confession. Later, Bernice took on the large responsibility of being the director of religious education (DRE) for grades 1 through 12 and completed the extensive Lay Formation Program offered by the Diocese of La Crosse.

A point of deeper conversion began when their youngest son, Jeffrey, had a terrible car accident at 19 and sustained a severe head injury. “He lived in a semi-comatose state for many years and was not able to speak,” said Jim. “He could communicate and respond to us and our family. We went to see him often, he was aware of what was going on and would interact with gestures or the blink of his eye.” During these years of redemptive suffering, Jeffrey led the way for the Semlings to develop a deeper trust in God and His plan. “We began to pray the rosary after the accident and drew upon the graces of our Lord,” said Bernice. “God strengthened us and supported our family through this trying time and the many years that followed.” The accident and subsequent disability of their son changed their lives and showed them what was really important in life on another level. Jeffrey passed away on Dec. 3, 2019, on the feast day of St. Francis Xavier, who also led the way for the conversion of many.

Another tragedy struck the family when their second son, Dennis, was injured in a work-related accident and died two weeks later. He left behind his wife, three children and seven grandchildren. This, too, called forth perseverance in Faith through this difficult loss. A friend and big influence on their Faith was a retired priest, Father Lawrence Ginther. He was present to them and a boost to their Faith. Jim, Bernice and Father Lawrence would get together for breakfast and talk. “Father Ginther helped me with my DRE work,” said Bernice. “He was a big help with questions and problems and even cut out articles from Catholic publications that I could use for the catechists and students.”

“Part of my role as a DRE requires scrutinizing textbooks to make sure they are reliable and authentically teach the Catholic Faith. I taught the students once a week in the religious education program. One of my goals was to instill the importance of the Mass, especially the consecration of the bread and wine into the holy Eucharist.” Although serving as a DRE was a big commitment, Bernice found time to teach RCIA and baptism classes. She served in these roles at the parish for 43 years. Both Jim and Bernice continue to serve in various capacities.

Now in retirement, the Semlings attend Mass daily and on Sundays. Jim continues to usher, a task he has been doing for 52 years. “We are involved in decorating the parish throughout the liturgical seasons,” said Jim. “We participate in first Saturday devotions which our Blessed Mother asked for at Fatima.” Bernice continues to be a lector and Jim continues active membership in the Knights of Columbus. Furthermore, Jim and Bernice serve others via their parish food shelf which aids the needy.Through the years of service and great loss, this couple has not turned inward or become cynical. “We do not blame God or anyone else for these difficulties,” said Bernice. “They gave us a deeper prayer life and we found grace in serving others in the parish and beyond.”