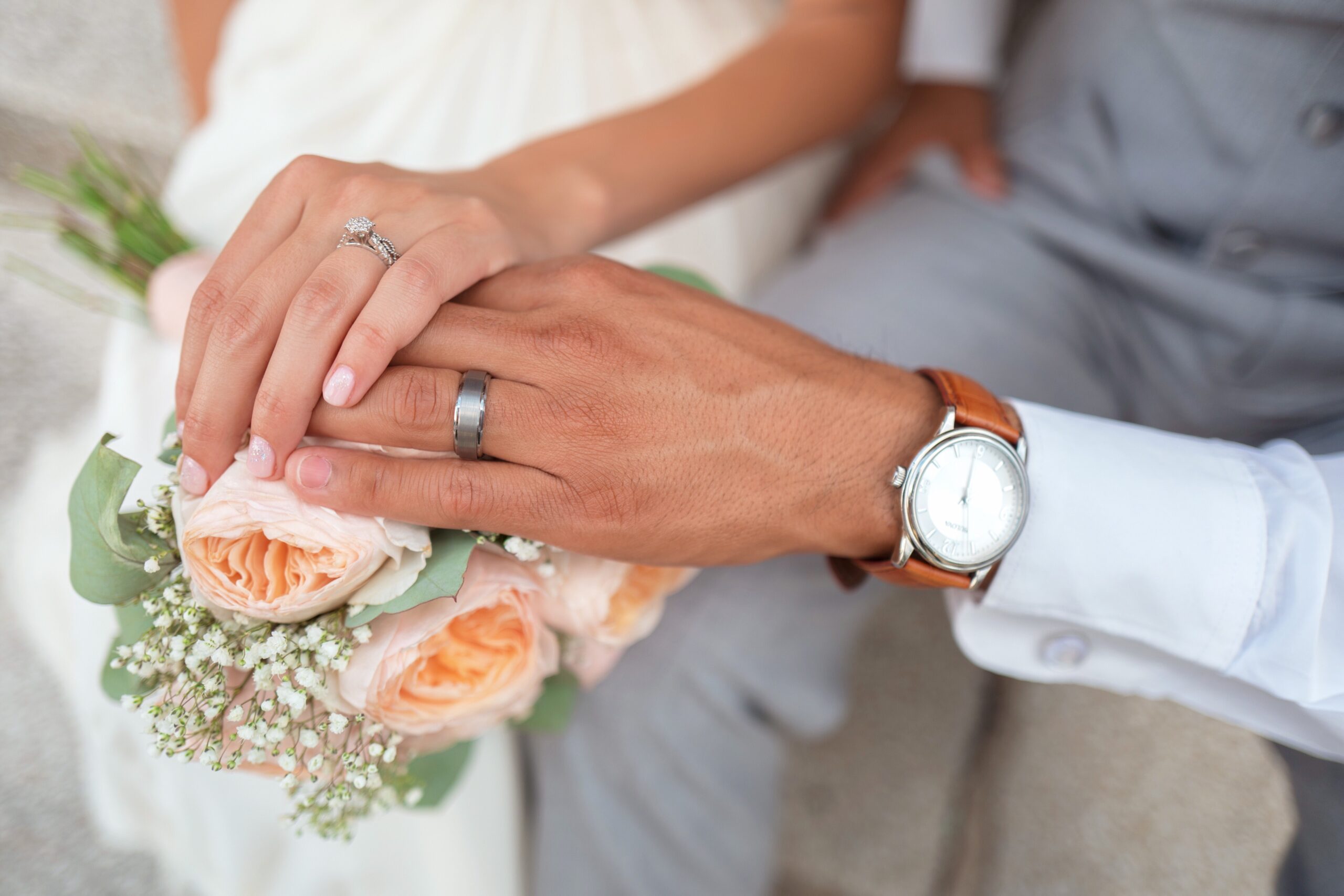 Once, when I came to a new parish, I noticed there were two antennas on the roof. They fell in love and asked me to do the wedding. I agreed. While the ceremony didn’t go well, the reception was great!

Usually around Christmas or New Year’s, I see a young couple waiting around after Mass to talk to me. It is pretty obvious they just got engaged. So, I always like to ask, “So, when did you get engaged? How did he propose?” Every couple has their own engagement story. Sometimes, it’s very simple. Sometimes, it’s very elaborate. One man placed hay bales out in the field on a hill, spelling out “Marry Me?” It was so impressive and large that it shows up on Google Earth. Regardless of the means of proposal, the process is set in motion. The best part is that I get to accompany them on this very special journey.

There are some points I try to make with every couple preparing for marriage. First, it’s not 50/50. It requires 100 percent from both. I look at the groom and tell him, “Your number one job is to help get your wife to heaven.” The same thing goes for the wife: get him to heaven. If each is working for the salvation of the other, you cannot help but end up in heaven together.

Often in my homily, I reference the wedding feast at Cana in Galilee. Jesus asked for six stone jars used for Jewish ceremonial washing, each holding 20 to 30 gallons. He had them filled with water and turned it into wine. If you’re good at math, you’ll see that he just made about 150 gallons of wine. Then, I ask the congregation, “What does this mean? Does Jesus want everyone to get drunk?” No! He wants to demonstrate what happens in marriage when we hand ourselves over to Him. He takes what little we have (plain water) and transforms it into something special (wine). Remember what the head waiter said? You have saved the best wine until now! That’s what Jesus wants us to experience through the sacrament of holy matrimony. So, bring it to the Lord.

Sometimes in my homily, I mention my parents. They are going on 65 years of marriage. Impressive. I asked them what it was like to date. It’s good to have context. There were no dating apps back then, no texting, no social media. They both grew up in rural Clark County with no electricity and no phone. Me, being a bit naive, asked how they communicated. Mom said, “Simple. At the end of the date, we’d schedule the next date.” Those were very different times—I thought I had it rough growing up with rotary phones.

One of the most important aspects of marriage is Mass. When we were growing up, my father took the lead in bringing us to Mass each week. During Lent, we would pray the rosary as a family each night. Mom was raised in a very devout, faith-filled Methodist home. Her transition to Catholicism was pretty straightforward. Grandma wasn’t too happy, but she accepted it and challenged her, “Well, if you’re going to be Catholic, be a good one!” She, indeed, has been a good one. She even raised a kid who became a priest.

Having other examples of good marriages has been helpful to me as well. My brother Dan and his wife have been married 28 years. I see them working together, praying together and raising their kids in the Faith. There have been difficult challenges, like losing a child who lived only a few days. Their Faith in God and trust in each other helped them through that terrible loss.

I see reasons to hope for the future of marriage, even from young people. For example, my nephew takes great pleasure in being counter cultural by being radically Catholic. In his free time, he uses Facebook to share the Catholic Faith. He works hard, along with his wife, to form a home full of the presence of God. Their goals are radical. I saw their house. There are crucifixes and icons of the saints all over their home. They enjoy the great treasure of our Catholic heritage. They learned some Latin, sing Gregorian chants and enjoy the smell of incense. They are so radical; it makes their uncle proud. They want kids, lots of kids, lots of holy kids. It is an inspiration to me and others. In closing, I think the motto of their marriage is a good one. “If equal affection cannot be, let the more loving one be me.”