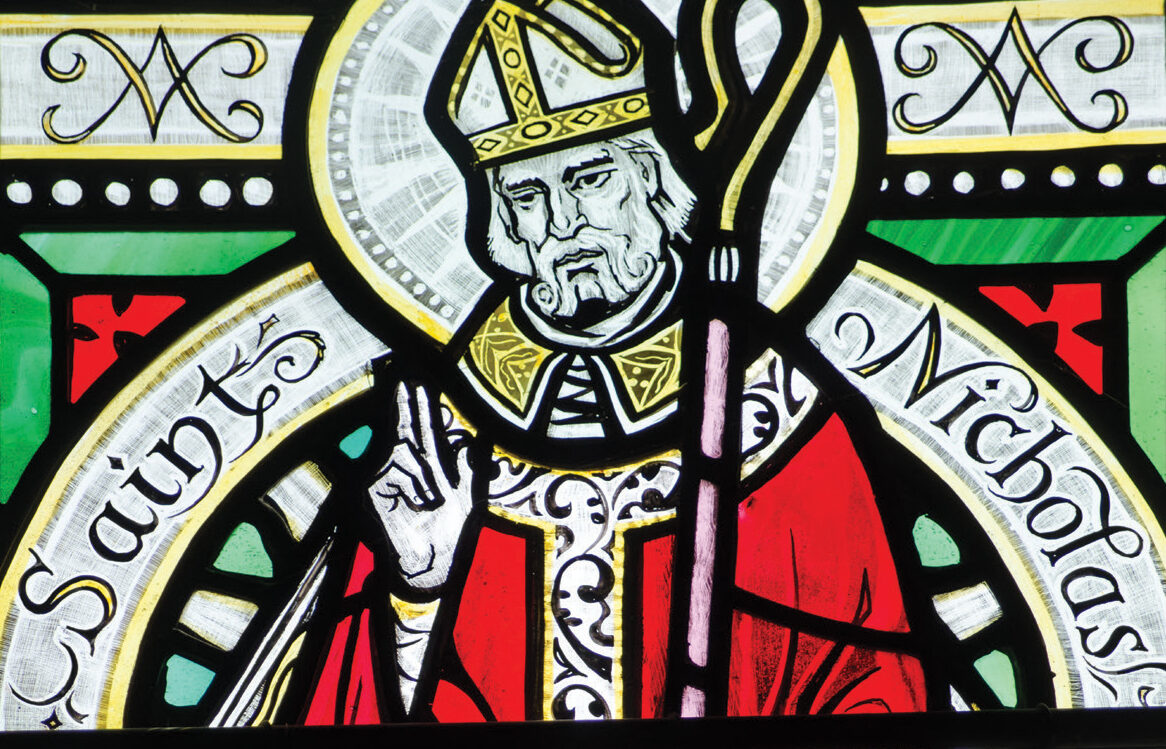 Jolly Old St. Nicholas evokes a cheerful image of an elderly, bearded man, kindly handing out gifts to children. This St. Nick, or Santa Claus, is a model of generosity for those who see the celebration of our Savior’s birth at Christmas as a time for performing acts of charity and goodwill. While the original St. Nicholas was known and honored for his concern for the poor, the Church also remembers him as a fierce defender of the faith against the Arian heresy at the first Church council
in Nicaea.

Historically, little is known of Nicholas. Born in the third century, Nicholas became the bishop of Myra, a small town in present-day Turkey. He was imprisoned and tortured for his refusal to denounce Christianity during the “Great Persecution,” by Diocletian. When Constantine ascended to the throne, Nicholas was released and responded to the emperor’s call in 325 to attend the first Church council. He joined St. Athanasius and others in successfully arguing that Jesus was the true God, and was one of the bishops to sign the Nicene Creed.

Stories and legends of Nicholas’ generosity and concern for the poor grew throughout Europe and by the Middle Ages, thousands of churches were named for him. In one popular story, Nicholas, a bishop at the time, saved three young girls from a life of prostitution when he secretly delivered three bags of gold to their father for their dowries. This secret and charitable gift-giving is the origin of the St. Nicholas tradition still observed in some countries today.

Beloved by so many, Nicholas is a popular figure in religious artwork. Nicholas was more than a kind gentleman who loved children. He loved the Lord, defended him and served him in the poor and lowly. He remains an example for Christians committed to bringing Christ to life in our world today.

Published in the December 2022 issue of Catholic Life Magazine