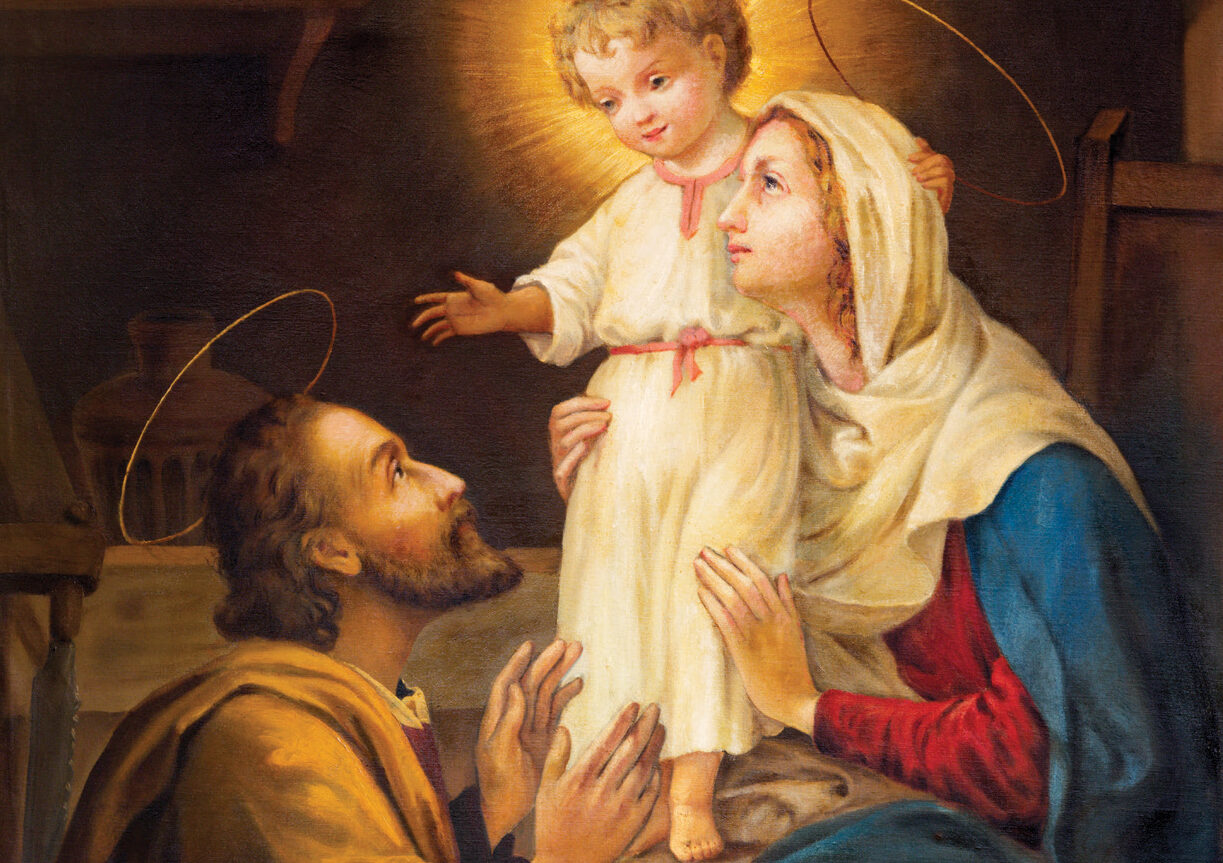 Every Advent/Christmas lately, there appear articles and other seasonal media referring to the Ever-Virgin Mary as an “unwed mother.” Why is this? It seems there is an over-eager desire in these articles to connect those in difficult situations with the ‘plight’ of Jesus, Mary, and Joseph. In this way, they are supposed to be helped to feel better about their own condition and the possibility of redemption. It is an understandable, even laudable effort, though ultimately misguided.

When in doubt, I want to first find out what the words of Scripture say; but one must also understand what the words mean as they are translated from one language to another and from one culture to another. It is important in these instances to consult translations which aim for accuracy and have notations which explain more difficult words, concepts and unfamiliar cultural issues. Good examples of such translations include the English Standard Version—Catholic Edition (available through the Augustine Institute), or the Revised Standard Version—Catholic Edition (available through Ignatius Press), or even the Jerusalem Bible (the original version, not the “New”). Consulting such editions of the Bible, we see that the Scriptures state:

Now the birth of Jesus Christ took place in this way. When his mother Mary had been betrothed to Joseph, before they came together she was found to be with child of the Holy Spirit; and her husband Joseph, being a just man and unwilling to put her to shame, resolved to send her away quietly. But as he considered this, behold, an angel of the Lord appeared to him in a dream, saying, “Joseph, son of David, do not fear to take Mary your wife, for that which is conceived in her is of the Holy Spirit; she will bear a son, and you shall call his name Jesus, for he will save his people from their sins.” All this took place to fulfill what the Lord had spoken by the prophet: “Behold, the virgin shall conceive and bear a son, and his name shall be called Emmanuel” (which means, God with us). When Joseph woke from sleep, he did as the angel of the Lord commanded him; he took his wife but knew her not until she had borne a son; and he called his name Jesus. – Mt 1:18-25 Revised Standard Version (Catholic Edition)

In this passage, we see clearly that the angel, in speaking to Joseph, refers to Mary as Joseph’s wife. Continuing on, St. Matthew tells us “he took his wife” [into his home]. The difficulty occurs with the term “betrothed.” In translating the Jewish term, one of two things happens: 1) the translator looks for a word in common usage in the target language (English, in our case) and typically chooses “engaged”; or 2) the translator uses the closest word available in the target language, “betrothed,” even if it is not in common usage anymore. In any case, the word betrothed doesn’t communicate the truth of the issue to the target audience—us! It is important, when studying Scripture, to use a translation that strives for accuracy, as opposed to simplicity. It does demand more of us, but in the end, it draws us closer to the truth.

To modern ears, the term “engaged” indicates a serious and intentional promise to marry, but there is no legal or even moral requirement to carry through with the promise. The concept is better translated as “betrothed,” a stronger word in English, which better conveys this covenant relationship which, in first century Israel, does bring about a legally and morally binding relationship. The man and woman involved, even though they were not yet living together, were considered to be, and were often referred to as, husband and wife. For all intents and purposes, they were married; they just weren’t living together yet. Indeed, cultural anthropologists tell us that it wasn’t a great surprise, or even a particularly disconcerting situation, if the woman was found to be pregnant before they had moved in together—it wasn’t ideal, but it wasn’t particularly scandalous.

So, why would Joseph consider divorcing Mary? Theologians from the earliest times were (and are) divided. Some see Joseph as not being suspicious of Mary so much as recognizing himself as unworthy to raise the Son of God, and so he seeks to separate himself from this holy calling. Others take the view that he was indeed suspicious of what was going on because he knew the child wasn’t “his.” And yet, by the time Jesus is 12, we hear Mary asking Him, upon finding Him in the Temple in Jerusalem, “Why have you done this to us? See how worried your father and I have been.” Elsewhere in the Gospels, it is noted that Joseph’s paternity is assumed by all.

A further question that ought to be addressed is a theological question: “In seeking to save us from our sins, would God bring His Son into the world by way of any situation but an intact family founded solidly on the marriage covenant? Recognizing that God can bring good out of any situation—He sometimes allows evil in order to bring good out of it—the answer is still a decided NO.

So, why do we keep hearing Mary referred to as “unwed?”

In recognizing the truth about our Blessed Mother, we recognize more fully the beauty of God’s efforts at preparing the world for its Savior. Our Lord came among us as a man in order to heal our brokenness and bring us to the Father for Whom we were made. This is the Gospel, the “Good News that saves.” This effort is best aided by the whole truth about Him as well as the truth about ourselves, which includes the truth of our need for a savior.

Contrary to modern efforts to claim otherwise, the Blessed Virgin was indeed wed. It is in recognizing the well-prepared place occupied by the Holy Family of Jesus, Mary and Joseph that we also recognize the dignity to which we have all been called and can attain by embracing the faith of Joseph, the hope of Mary and the love of Christ.  Merry Christmas!