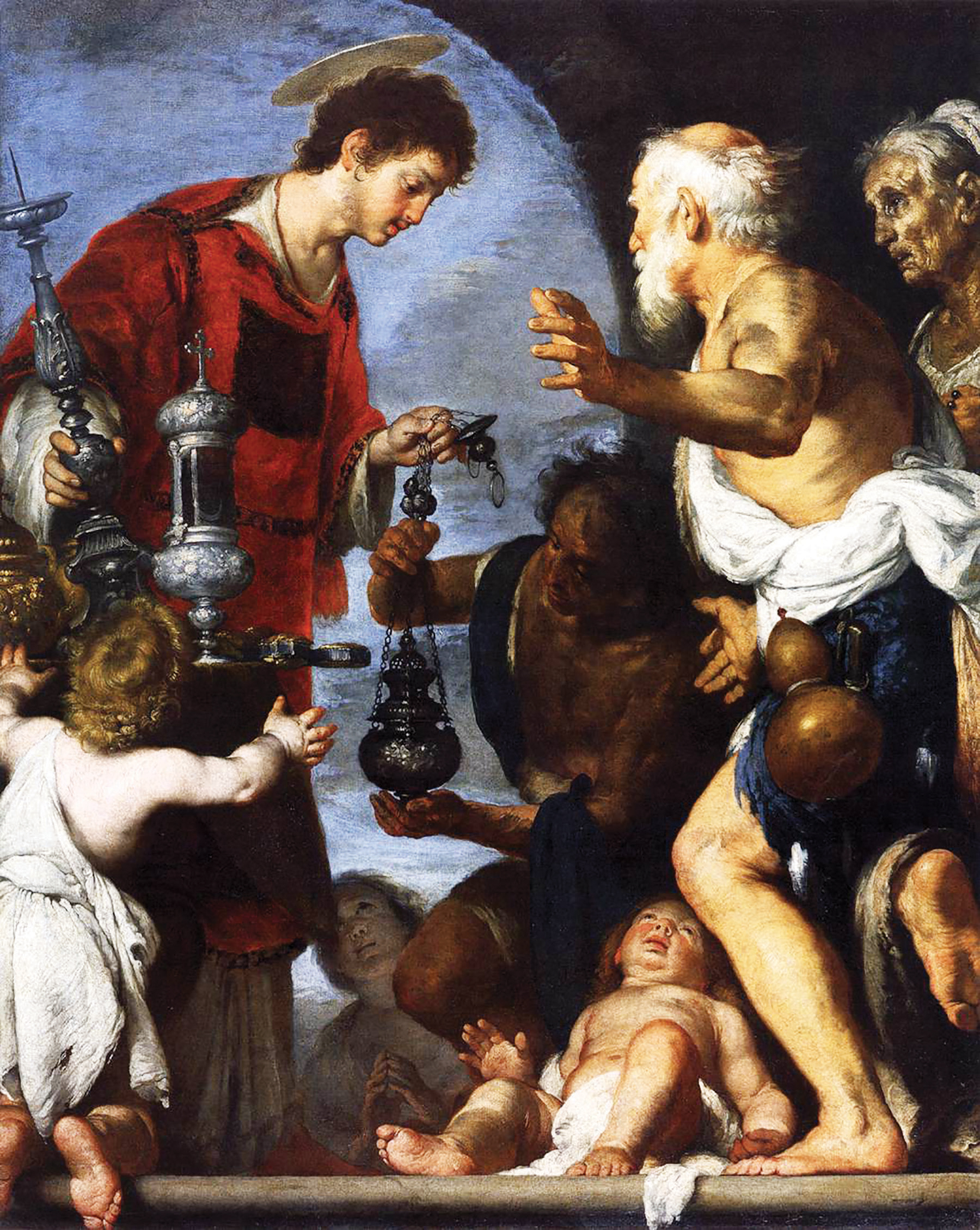 ‘Bring me the treasures of the Church!’

Thus demanded the Roman Emperor Valerian, speaking to the Deacon St. Lawrence at the height of the persecution of Christians in the third century. Lawrence agreed, but asked for a little time to be able to gather the Church’s wealth. Reappearing two days later, he brought with him a throng of people, made up of the poor, the sick, the orphans and the widows he had been tending in the city of Rome. Pointing to them, he proclaimed, “Here are the treasures of the Church!” 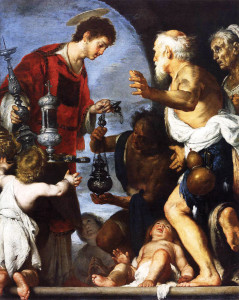 Infuriated, Valerian ordered that Lawrence be roasted to death on a red-hot gridiron. The holy deacon embraced his death sentence for Christ, knowing he would thus share the cross not only of his Redeemer, but also of the beloved Pope Sixtus II, who had been martyred just days before.

St. Lawrence embodied the vocation of deacon, which literally means “servant,” dating from the first seven deacons of the early Church who were ordained by the apostles to serve the Greek-speaking widows who were being neglected in the distribution of food. (Acts 6:1-6) As then, so today, the deacon is a humble servant, an agent of mercy.

Deacons and the Year of Mercy

In this Year of Mercy, Pope Francis has declared a Jubilee for Deacons May 27-29. Appropriately, the Vatican program for that

jubilee refers to the deacon as an “Icon of Mercy” and “Dispenser of Charity.” Those descriptions certainly fit the deacons serving the Diocese of La Crosse.

Since coming to the diocese in 2001, I have been privileged to assist in the Deacon Formation Program, directed by Father William Felix. Fifty-one deacons are currently active in our diocese, 30 of them ordained over the past 10 years. They are some of the finest men I have been blessed to know. As members of the clergy configured to the person of Christ the Servant, the deacons of the diocese are servants of the word, proclaiming the Gospel; servants at the altar, where they assist the priest; and especially servants of charity, which is at the heart of their vocation.

As servants of charity, deacons are particularly devoted to the corporal and spiritual Works of Mercy. A notable example has been Deacon Richard Sage, who was a member of the first deacon class to be ordained in 1983. Deacon Sage was a co-founder of the Place of Grace Catholic Worker House in La Crosse in 1996, and he served as executive director of Catholic Charities for nine years before retiring at the end of 2014.

In these and other roles, Deacon Sage has been instrumental in helping to feed the hungry, shelter the homeless, comfort the afflicted and much more. His service 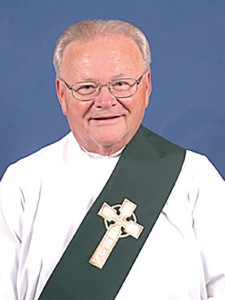 of mercy has always been personal, with a view to the faces, the hearts and the dignity of those being served. In the words of Mary Fitzpatrick, retired director of the La Crosse Warming Center, “He sees the face of Christ in everyone, whether it’s a community member, somebody at the Warming Center or the Place of Grace.”

Following his retirement from Catholic Charities, Deacon Sage has continued his diaconal ministry at Mary, Mother of the Church Parish in La Crosse, humbly serving the parish and the larger community.

Deacons ministering to the sick, the homebound, the forgotten

Another deacon, John Bourke, is profiled in a separate article in this issue of Catholic Life for his special love of ministry to the sick and the homebound. This is classic diaconal service, invisible to the public eye, flying beneath the radar, but so beautiful and necessary. It characterizes the self-giving ministry not only of Deacons Sage and Bourke, but of all the deacons of our diocese. The diaconal vocation, by its very nature, gravitates to the humble and the hidden, though it is sometimes called to give a more public witness. Indeed, much more of the deacon’s ministry takes place in hospital rooms, nursing homes and living rooms than in liturgical celebrations. For in the eyes of the deacon, the sick, the elderly, the homebound, the poor and the outcast are, in St. Lawrence’s words, “the treasures of the Church.”

Called to be a Deacon?

Year of Mercy Jubilees for Deacons and for Priests

Parishes in the Diocese of La Crosse are being encouraged to show appreciation for their priests and deacons as ministers of mercy on or around their Year of Mercy Jubilees.

By CHRISTOPHER RUFF, Director of Ministries and Social Concerns