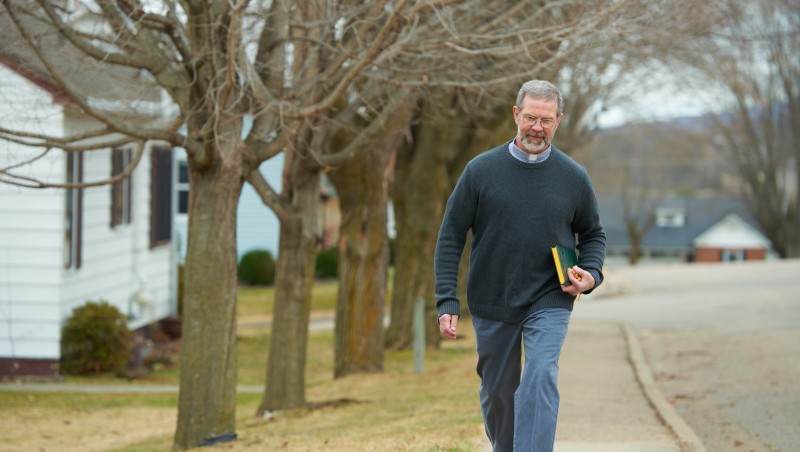 Deacon John ministers to those in Marathon who are sometimes forgotten

From childhood, Deacon John Bourke of Nativity of the Blessed Virgin Mary Parish in Marathon has always been drawn to friendships with his elders. “My mother always said it seemed like I sought out elderly folks,” says Deacon John. “They always have so many stories and experiences to share.” 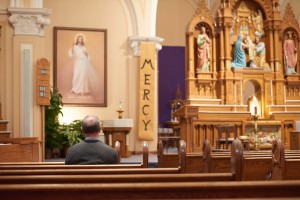 The Church doesn’t shrink, it’s always growing. The Church also includes those members in heaven, too. Certainty of the next life is a beautiful, wonderful feeling that grace allows you to have.”

During diaconate formation, Deacon John participated in one ministry where he made a very exciting personal discovery. “During the last couple years of diaconate formation, we partake in pastoral field education modules,” Deacon John says. “One module was ministry to the sick and elderly. My experience with this ministry was just so beautiful. It fit like a glove. Pastoral ministry allowed my appreciation of the elderly to bloom.”

After his ordination in October 2014, Deacon John continued to minister to the elderly he connected with, which brought him so much joy. That pastoral field module was completed, but Deacon John could not walk away from the relationships he had forged in the rural back roads of the diocese.

“I never quit doing it,” he says. “Most of the folks I met in this ministry were in their 90s.”

The requirements for his work are simple, yet complicated. The easy part is listening. The challenging part is responding to expressions of pain and suffering in a way that brings hope to the person sharing their concerns.

“A good listener is what the folks really want,” says Deacon John. “Obviously, I would bring Communion to them. A big part of the visit is also to take the time and sit and have a conversation and listen to what they have to say. They want to know someone still cares. They want to know they still matter.”

Deacon John also brings Christ’s peace to these men and women who need to share thoughts and concerns, as well as find answers to questions that haunt them. “They know that their time on earth is limited,” Deacon John says. “They have a lot of fears they want to express.”

The questions asked do not always have easy answers. “They want to know, ‘Why doesn’t He take me to heaven?’ ‘Why is He making me live so long?’” says Deacon John. “Their physical abilities are limited. They had been very active in their lives. Now they no longer have the ability to do what they used to. They were doers and they can’t do as much anymore. They wonder what God’s plan is for them.”

Deacon John believes our busy younger lives don’t always allow time for reflection, but when we can’t do anymore, it is the perfect time to turn inward and just be. We can develop a spiritual relationship with God. 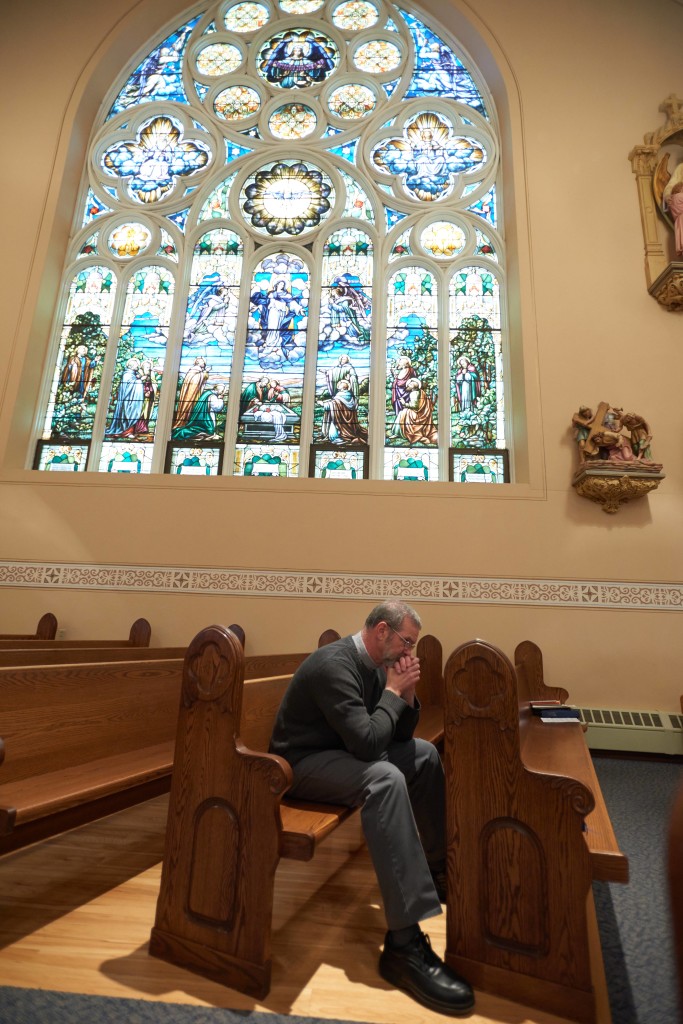 If you are going to really connect with someone, you sit close to them. “I just take their hand into mine and hold it. It seems very comfortable to them. You want to be connected to these folks as intimately as possible.”

“I would say that towards the end of their life Jesus felt they had done enough and all he wanted right now was their love,” Deacon John says. “The way in which their abilities are limited means they have no choice but to contemplate the love He has for them, and they have for Him. This idea would make a connection. Most often, the response is not verbal. You see them physically relaxing and a light come into their eyes. They just lean back in their chairs and get that gaze of contentment.”

Bringing the comfort of Christ and reminding of God’s love require Deacon John to make a strong connection. Most of the people he has met with are widows who live alone out in the country. His goal is to not just reach out spiritually, but to remind them of their connections here on earth.

“If you are going to really connect with someone, you sit close to them,” says Deacon John. “I just take their hand into mine and hold it. It seems very comfortable to them. You want to be connected to these folks as intimately as possible.”

Alzheimer’s and dementia are afflictions for some of Deacon John’s friends, and he makes it a point to research what is happening to them and how he can reach out and provide comfort. He has learned older memories are the clearest for his friends struggling with dementia.

“They are doing what they can with what they have,” Deacon John says. “They learn to communicate with their eyes.” Voices and sound are more easily recognizable than appearance. Reciting prayers is a perfect way to connect with those who don’t recognize faces or appearance. Deacon John hosts a little prayer service, including daily readings, common Catholic prayers and maybe even saying a decade of the rosary.

“The readings are like old friends coming back,” says Deacon John. “The response is beautiful.”

One of the women couldn’t remember his name, but she remembered why he was there to see her. “Her eyes would light up,” Deacon John says. “She would say, ‘My deacon is here!’”

Joy and fun are a big part of Deacon John’s visits with his friends. Like the way it is in families, there is always good-natured teasing and laughter during almost every visit. He appreciates the way children share the visits with their elderly parents.

The sons and daughters would be there, too,” Deacon John says. “The love and the tenderness I’ve seen in the way they look after their mothers is so beautiful.”

Life after death is also part of Deacon John’s visits. The discussions have been a helpful reminder for Deacon John as his friends began to leave this earth and make their journeys to heaven.

“It’s tough letting them go physically,” he says. “The Church doesn’t shrink, it’s always growing. The Church also includes those members in heaven, too. Certainty of the next life is a beautiful, wonderful feeling that grace allows you to have. You’re with the people every day even though you are not physically with them. There’s cause to rejoice. They are where they are supposed to be.”

Although many from Deacon John’s original group of friends are gone, he wants to continue to find new people who are looking for someone to minister to their spiritual needs. “I would love to expand more into this ministry to the sick and elderly,” says Deacon John. “It’s a natural fit. I live in a rural area. Many rural parishes don’t have a priest. They are satellites of main parishes. Most of the folks that I visit are in their homes and want to stay home. The bishop will put me where he needs me.”

The need is great for those who might want to begin their own ministry projects. Getting started is not as hard as people might think, believes Deacon John.

“Every parish has a need. The pastors know who the people are who need visits,” he says. “Don’t worry about not feeling qualified or having special training. Just learn to really listen. Pope Francis tells us we really need to listen and don’t be afraid to get down and muddy. That’s where this new evangelization takes place. Don’t be afraid to hold their hands and have a connection. That’s how you can connect with the folks. Listening is one of the best ways to show people they matter. I get so much more out of what I do than what I give.”