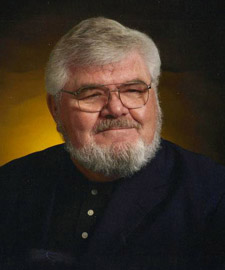 Dear Brothers and Sisters in Christ:

After serving in the United States Air Force and then as a pilot for many years, he joined the Diocese of La Crosse Diaconate studies program in 2002 and was ordained a deacon on January 27, 2007.  He was appointed to serve as deacon at Sacred Heart Parish in Polonia and St. Adalbert Parish in Rosholt.  He served these two parishes until he was granted the status of senior deacon on July 1, 2011.

The Mass of Christian Burial will be celebrated at 11:00 a.m. on Saturday, February 4 at Sacred Heart Church in Polonia.  Visitation will be held on Friday, February 3 at the Shuda Funeral in Stevens Point from 4:00 to 7:00 p.m.  There will also be visitation from 10:00 a.m. until the time of the Mass.  The Most Reverend William Patrick Callahan will be the main celebrant. Burial will take place in the parish cemetery.

He was preceded in death by his parents and two brothers, Michael and Peter.

The Shuda Funeral Home in Stevens Point is assisting the family.