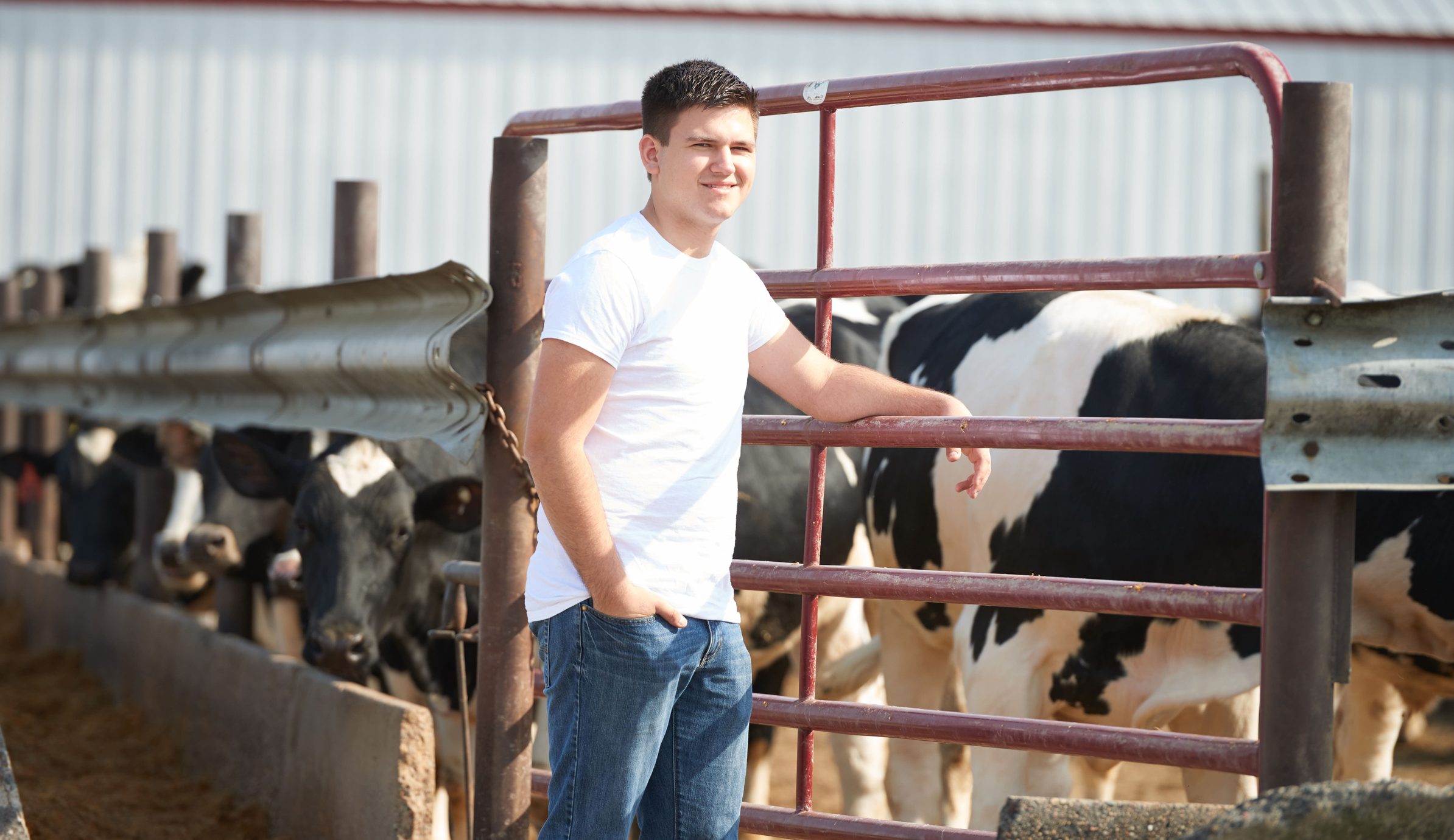 When Mateusz Skibba was 2, he was living in a Polish orphanage and had no idea that, thousands of miles away, a small ad in a parish bulletin would soon change his life and the lives of his four siblings. 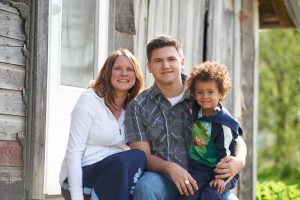 Mateusz, his mom Rebecca and little brother Jackson enjoy spending time together on the familiy farm in Polonia.

In 2001, Rebecca Skibba and her husband Pete were living in Polonia and had been married for only a few years when they bought Pete’s family farm where he had grown up with his nine siblings. They had both grown up in large families and always knew they wanted children to be a part of their lives.

“Infertility was an all-around issue for me and my sisters … even having been raised in a family of 10 (seven girls, three boys),” Rebecca says. “For some reason, the females in our family had a difficult time conceiving … and some never did.”

When Rebecca’s sister, Mary Laskowski, who attended Ss. Peter and Paul Parish in Wisconsin Rapids at the time, saw an announcement in the parish bulletin about an information session on adopting from Poland, she told Rebecca about it right away.

“Mary told me about the info session, but my husband was working that night, so I attended with her and her husband. I was very interested, but the cost seemed a bit more than what we could financially handle at the time,” she says. “I was 25 years old and, after talking to Pete, we kind of thought maybe we wouldn’t be able to provide well enough for the children, so the paperwork was put on the back burner.”

However, the Holy Spirit had other plans for Rebecca’s and Mary’s families. Soon after the meeting, the woman who held the info session in Wausau called Mary and said there was a family of five that would have to be split up unless they found someone who could adopt them all.
“Mary said there was a family of five and that if they could work on the financing would we be interested? So, I talked to my husband and we jumped at it,” she says. “We had no names or history for the kids, but there was that feeling that we needed to look into this. So we put in an ‘intent to adopt.’ For most people, it can take one to three years to adopt, but we were on a plane to Poland in six months.” 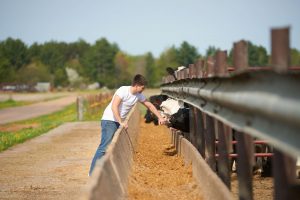 In 2002, they flew to Poland to adopt their children, who were ages 2, 4, 5, 6 and 7. Mary and Mike adopted the three older children and Rebecca and Pete adopted the younger two. They flew home on Mothers’ Day and Rebecca couldn’t think of a more appropriate date to bring her family home.

“We flew home and it was Mothers’ Day and my parents’ wedding anniversary, so that date has a lot of meaning to us,” she says. “There was never a doubt that I didn’t want to follow through with this adoption and there were so many ways it could have fallen through but it didn’t. It just had to happen.”

They lived just three miles outside of Polonia, and all the kids attended Sacred Heart School and remained very close growing up. “My sister lives close by, so even though the siblings were not all under the same roof, they grew up together. We would see each other often for a family dinner, cookout or some other fun family activity,” she says. Now 17, Mateusz has grown up in the parish and he says he feels at home when he can give back to the school, parish and community that made him feel so welcome.

“I can say that I never felt out of place for a minute. I love my parish, I’m there all the time,” he laughs. “I have been an altar server of eight years and I love it because I get to participate in the Mass spiritually and physically by helping Father. I’ve always wanted to be one and I just never stopped.” 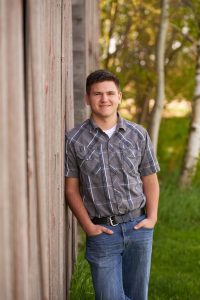 Besides being a permanent fixture at any parish event or fundraiser, he will do everything from setting up chairs to working at the church picnic, and even makes Pączki with the Sacred Heart Rosary Society.

“I always encouraged my kids to get involved at church and Mateusz really took to it. He can get along with anyone at any age,” Rebecca says.
Since he was confirmed, Mateusz has given his time as an aide in the CCD classroom. Originally, he wanted to help the older students, but has recently found a great joy in helping the first Communion class.

“Now I am an aide to the second-grade CCD class and I really enjoy it. I just love the kids and they’re so excited to learn their faith,” he says. “I went in blind and I didn’t know what to expect. I thought maybe I just want to teach older kids, but with the younger kids, I help teach them the Sacraments of Holy Communion and Reconciliation and they’re so smart and just so excited to know their faith. It makes me want to learn even more so I can explain to them.”

As a junior in high school, Mateusz is looking toward the future, but says he is open to whatever calling God has for him, whether that be teaching or the priesthood or another vocation.

“It was a very emotional time, yet, with that being said, I’m happy and appreciate God’s plan for me. I might not know the reasons but it’s all because of Him.

With his involvement in the youth ministry, Mateusz and some of his family had an opportunity to return to Poland during the 2016 World Youth Day. He said it was exciting and emotional, but it helped him to discover more about himself and where he came from.
“It was an emotional ride. I was so happy because I got to meet some of my family that is still there and I got to see the pope and meet people from all around the world,” he says. “On one of the mini-trips with our group, we visited Częstochowa and got to see the icon for the Black Madonna, which I have a devotion to, and we visited Auschwitz. I had done a report on St. Maximilian Kolbe in sixth grade at Sacred Heart, so seeing where he was martyred was amazing too.”

With World Youth Day being in Poland, the family took it as an opportunity to explore their past and reached out to the orphanage where the kids were adopted. As they would discover, Mateusz actually has a total of 12 siblings and they were able to meet some of them while on the trip.

“It was crazy, I wanted to meet some of my biological family, but didn’t know there would be so much to take in. I always tell people that when I met my family it was like putting the first half of the book back together,” he says. “As a young kid, I didn’t know what they looked like. I wondered if they resembled any of us here. Even though they were speaking a different language, that was huge and important to me.”
Even though the trip was a whirlwind experience for Mateusz, he knows it was all a part of God’s plan.

“The atmosphere there was like nothing else, and me being from that country, it was just amazing that this all happened right here in the country I was born in,” he says. “It was a very emotional time, yet, with that being said, I’m happy and appreciate God’s plan for me. I might not know the reasons, but it’s all because of Him.”