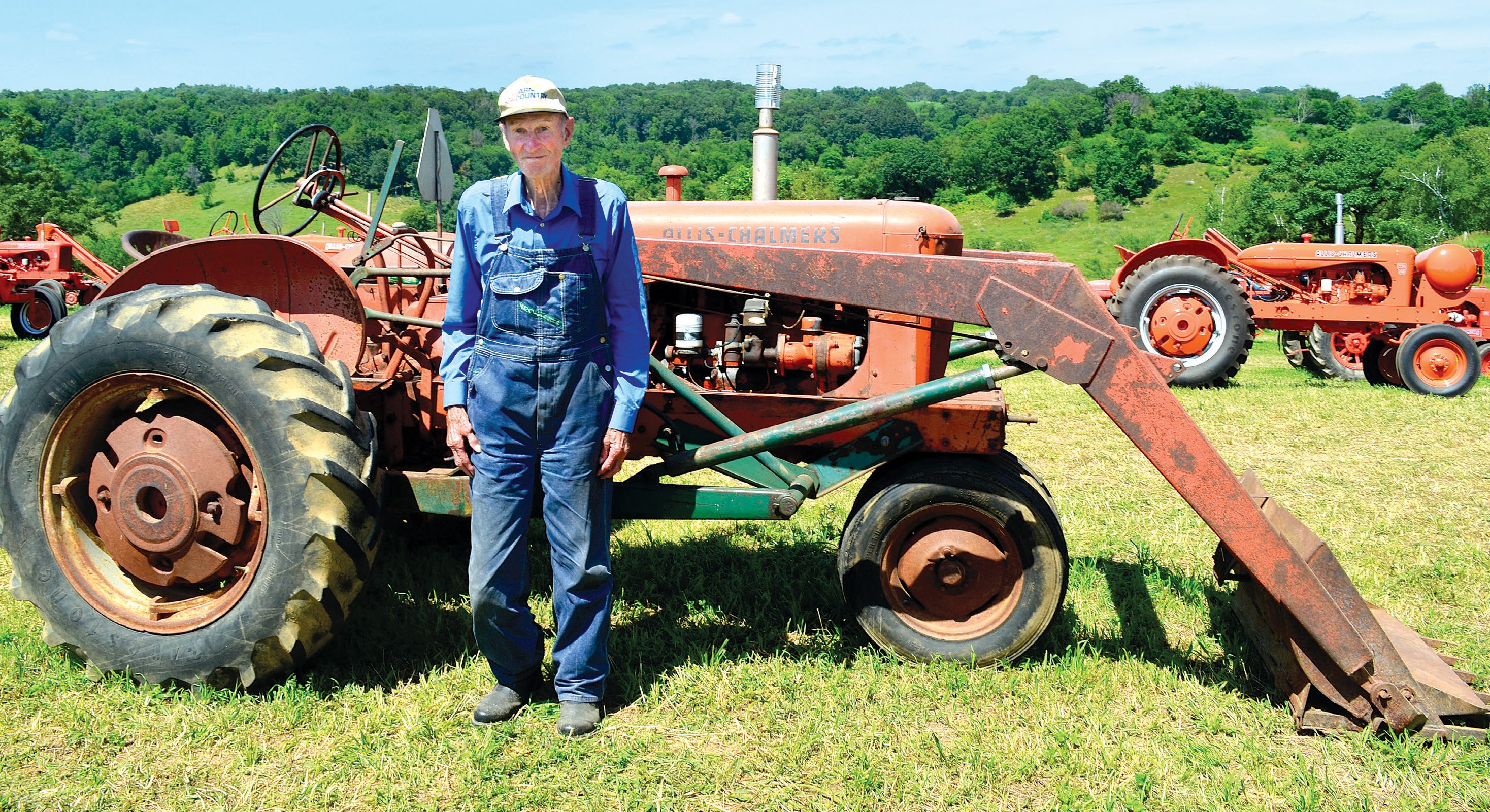 Jerry Durst reflects on 98 years of life in Keyesville

It takes a special kind of person to be a farmer. The long days and hard work are not a lifestyle for everyone. Many wonder why someone would work so hard for so little. But, hard work and love for the Lord speak volumes as to how someone lives their life. The riches they reap cannot be measured in dollars.

The tiny village of Keyesville in southwest Wisconsin is home to one such farmer. On Feb. 14, Jerry Durst can call this area home for 99 years. Durst, a lifetime farmer, has been going to church longer than anyone here. His humble demeanor, lifelong work ethic, commitment to family and love of God provide an example to live by.

Being a relative of or having the last name “Durst” is commonplace in the area. Jerry’s grandparents settled here in the 1800s and their values carried on down the generations. They are buried in the Catholic cemetery behind the Nativity of the Blessed Virgin Mary Parish, church. The church is not only the center of the village, but the center of the surrounding community.

Founded in 1865, the parish was once home to a school with more than 100 children who were taught by Franciscan Sisters of Perpetual Adoration. The current church, built in 1888, is now home to about 70 families.

“Don’t start missing Mass every once in a while. Before you know it, you won’t go at all.” With almost 99 years of attending weekly Mass, “I feel pretty secure. I don’t have to worry when I die that I didn’t go to church.”

Brothers and cousins made up the all-male Durst choir. From 1915 to 1965, the choir sang in Latin at the Mass. Jerry’s father, Adam, was part of the choir and also played the organ. Jerry joined the choir in 1936, once he graduated from high school. Prior to this, he and his brothers were altar servers.

A committed family man, Jerry was married for 70 years to his wife, Florence. She passed away on Easter Sunday in 2012. They had seven children — six boys and one girl. All their children are farmers and live within 25 miles of where they were raised.

“I love it around here,” exclaims Jerry. Beaming with pride, he has, “Around 30 grandkids and great-grandkids. … Well, a lot of them!” 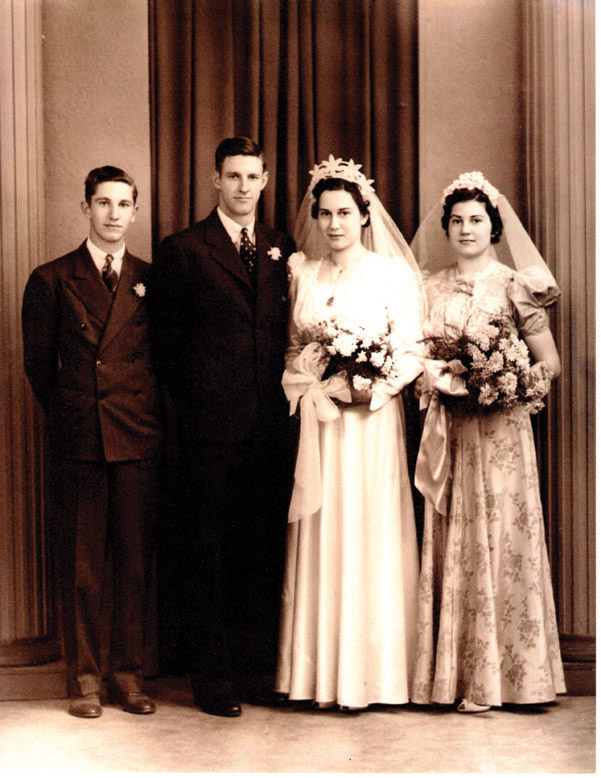 Jerry and Florence Durst in 1941. Jerry’s best man, Francis Durst, is his brother and a lifelong member of Nativity of the Blessed Virgin Mary Parish.Florence’s maid of honor was her sister Rosie Wankerl.

He and Florence attended several annual Rural Life Day events throughout the Diocese of La Crosse. They enjoyed visiting with fellow farmers, talking with the bishop and seeing a variety of churches.

Jerry leads his family in the Catholic faith. Even during the Depression, the children’s dress clothes were laid out for Mass every Sunday. If something happened on the farm and they couldn’t make it to early Mass, they attended the noon Mass in a different town. There was never a reason to miss Mass.

The Franciscan Sisters borrowed his car when they wanted to visit their home in Milwaukee: “I was always willing to let them use my car.” He’d fill the tank with gas and it would be returned empty. “I’d do that for them anytime,” he says.

Jerry remembers getting to Mass by horse and sled. One snowstorm was so bad the road was closed for a month. “Now people have cars and paved roads and still can’t make it,” he notes.

Mary (Durst) Lins is Jerry’s cousin and an example of the family’s faith. At 88, she has been a parishioner in Keyesville her entire life. A teacher for 35 years, she taught CCD for 31 years and was sacristan for 42 years. Mary has made more than 160 quilts and given them to people in need. She also crocheted the parish’s stunning altar linen, which took her 200 hours to complete.

Family is an important part of the Durst name. Five generations get together every couple of years for the Durst Family Allis Chalmers Tractor Show. More than 150 Allis Chalmers tractors and 500 pieces of equipment converge for the event in Keyesville. With faith and family topping the list of Jerry’s passions, Allis Chalmers most definitely comes in third.

Afflicted with macular degeneration, Jerry now has difficulty getting around. However, he still attends Mass every Sunday and occasionally during the week. “I’ve worked hard all my life. Working keeps you honest. I still would be working if I could see,” he explains.

His advice to young families: “Don’t start missing Mass every once in a while. Before you know it, you won’t go at all.” With almost 99 years of attending weekly Mass, “I feel pretty secure. I don’t have to worry when I die that I didn’t go to church.”

Jerry’s life has been filled with normal, everyday events. He hasn’t traveled the world, didn’t make millions and isn’t famous. He’s a humble farmer with a life centered on faith and family.