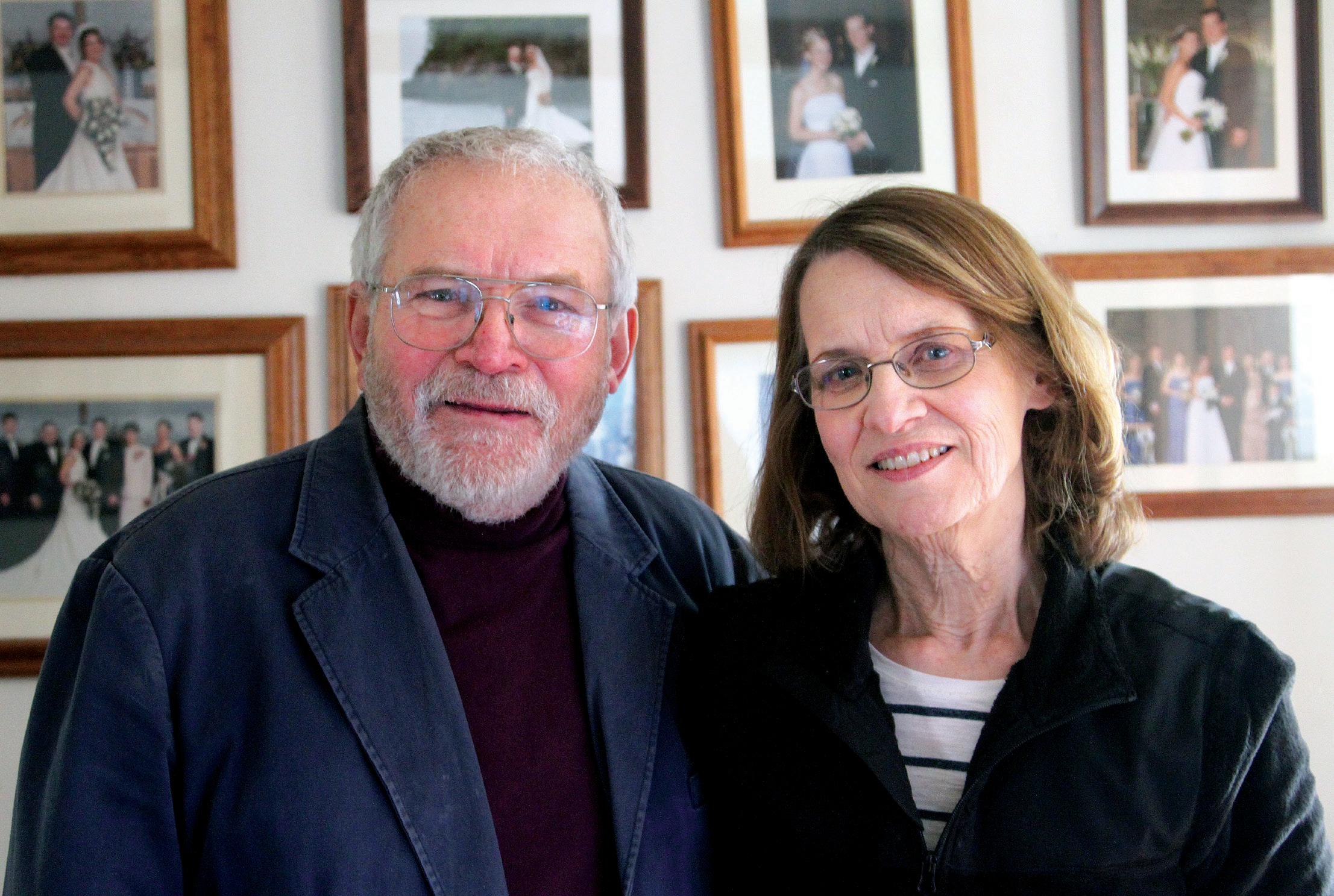 Bob and Barb Zupancich bake evangelization into their parish life

Evangelization takes on many forms. There are no hard-set rules as to how Catholics should spread the good news. Following church teachings and being an example and inspiration to others, in whatever method works best for us, is what’s important. Inspiration for Bob and Barb Zupancich, from Queen of the Apostles Parish in Tomah, comes in many forms, including their strong faith backgrounds, music and a love for cooking.

Barb Zupancich grew up in Belleview, Iowa, and was raised in a devout Catholic family. The Franciscan Sisters of Perpetual Adoration taught her to play the organ. With 10 children in the family, all the girls learned to play. When one sister left for college, the next sister in line played the organ at Mass. This was an easy transition, since they lived across the street from the church. Once her father retired, he became the parish custodian.

“The tradition of the Catholic faith is a big influence on everything I do,” said Barb. She majored in music at Viterbo College, and, in 1971, accepted a teaching position at the parish school in Tomah. It wasn’t long after that she met Bob.

Bob was an intern in Fargo, N.D., before moving to Tomah in 1970 to accept a position as a pharmacist at the Tomah VA Medical Center. Fate brought them together, as both had employment opportunities in different parts of the country and could have easily never met. They met on the dance floor; to this day, they continue to enjoy ballroom dancing.

The Zupanciches are active at the parish and school. In 1991, they were chosen as the Knights of Columbus Family of the Year.
It’s easy to see family means everything to them. With five children and 11 grandchildren as the center of their faith-filled lives, the Zupanciches inspire others to come together and help others. As a tribute to his mother, Bob carried on the tradition his mother started and made pizza for all of his children’s weddings.

“The tradition of the Catholic faith is a big influence on everything I do,” Barb Zupancich.

Bob and Barb Zupancich were even able to turn that love of making pizza into a way to evangelize and give back to their parish school. The Zupanciches have been coordinating the annual pizza fundraiser at Queen of Apostles School in Tomah since 2008.

This is no average pizza fundraiser, mind you. In a matter of only two days, 1,800 pizzas are made from scratch by the Zupanciches and a group of committed volunteers. Cheese, pepperoni, sausage and deluxe pizzas are sold for $10 each; after expenses, more than $10,000 is raised for the school activity fund.

Shifts of 20-25 volunteers start Friday evening and work through Saturday to accomplish this daunting task. Students, staff, parishioners, clergy and community members come together to evangelize in a way that not only benefits the school, but touches the community. All sales are pre-ordered and customers anxiously await the delivery of their orders. The fundraiser is such a hit with the community that standing orders from one year to the next are common.

“My mother and grandmother were really good cooks,” exclaimed Bob Zupancich. “I learned a lot of Italian cooking from them. That’s how it all started.”

Active members of Queen of the Apostles Parish, Bob and Barb have an affinity for helping the school. Their five children attended the parish school and Barb taught music at the school for 30 years. She continues as the director of parish music.

The couple began making pizzas as a fundraiser in 1994 when their children were members of the show choir.

A Catholic school has been bringing the community together since the 1890s, and the Queen of Apostles School pizza fundraiser continues to do so. There are a lot of people who help make it a success. With about 150 students in grades 4K-8, the fundraiser provides resources for the children to attend field trips and other events that wouldn’t otherwise be possible.

“It’s almost addicting,” Bob exclaimed when talking about evangelizing. “If someone wants to get involved and there is an opportunity — try it!”

Writing and photography by Sharon Sliwka