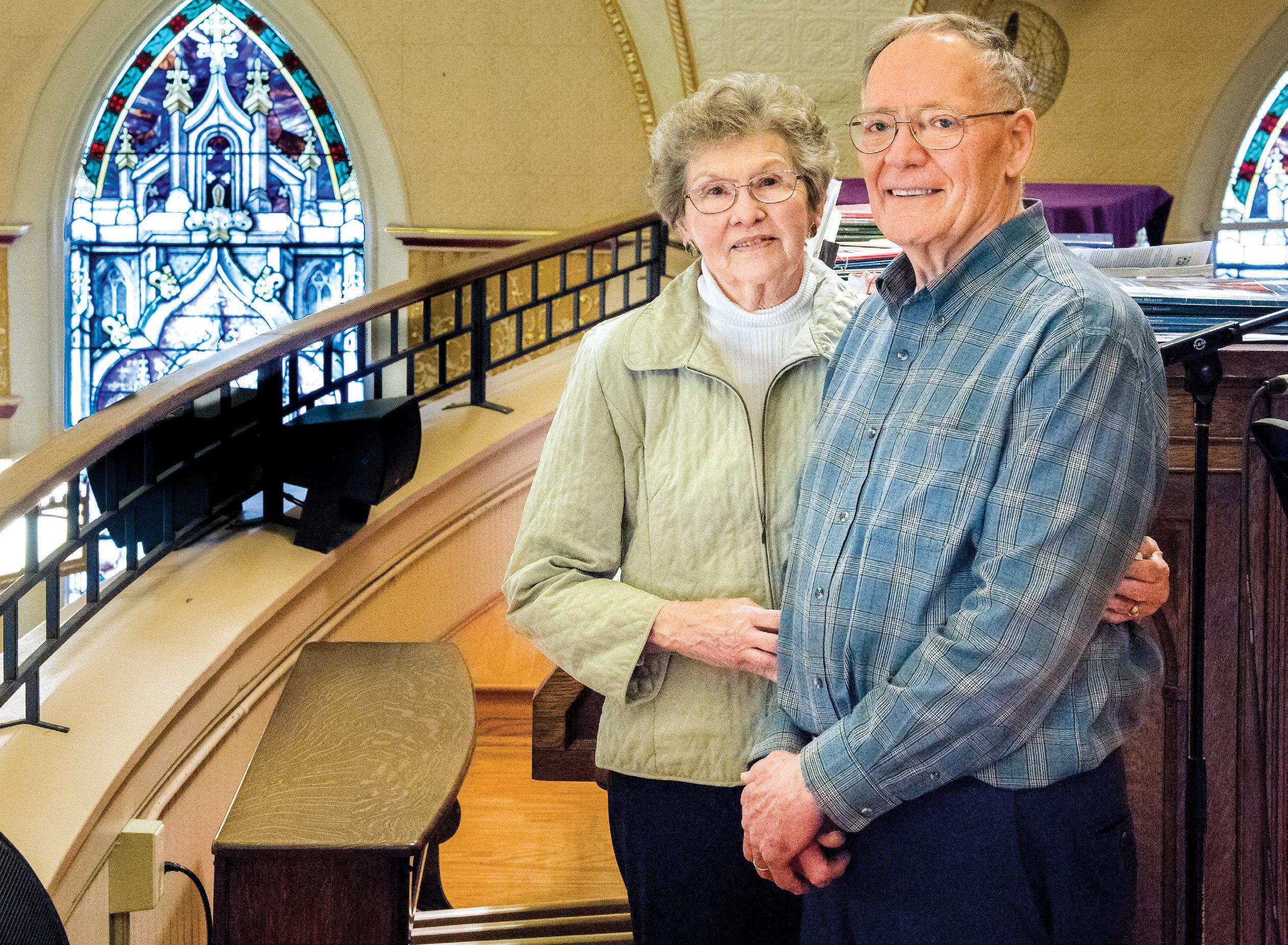 Yvonne and James Gies share their talents with the St. Peter Parish community

Yvonne and James (Jim) Gies (pronounced, like the bird, “geese”) actively participate in the life of St. Peter Parish in Stevens Point. Open up a recent bulletin of St. Peter and St. Casimir Parish and Jim’s name appears multiple times under the committee heading: Pastoral Council, Finance Council, Picnic Committee. Jim is also a member of the Building and Grounds Committee, where he uses his extraordinary skills as a craftsman keeping St. Peter’s Church in good repair. Yvonne contributes her time to many projects of the Rosary Society, like helping to serve at a reception for graduates of Pacelli High School at the end of the school year.

Jim and Yvonne shared this thought about parish life: “You need to work on being involved. Once you become involved, you find you rather enjoy it.” 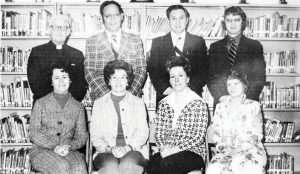 Yvonne recalled her early years: “I was born in Loyal, one of seven children, four boys and three girls, and lived on a farm. For the first five years, I went to a one-room country school, which was hard because I was [the youngest and] the only one in my grade. [At the urging of our priest, my] Dad sent us to Catholic school for grades 6-8. I went to public high school and then on to beauty school in Eau Claire. [I] worked in Eau Claire until we married and moved to Neilsville.”

Jim was born near Blue River in Richland County and moved to Elkhorn when he was 3. He, too, experienced life on a farm and began his education in a one-room school up until the fourth grade when St. Andrew’s in Delavan built a new school after World War II. “Father insisted that all eligible, able children go to the school there, so I ended up transferring there. I, too, had a real difficult time because the level of education between the two schools wasn’t the same [St. Andrews was tougher] and of the discipline. I was not used to the real stern discipline of the Sisters of St. Francis. I graduated from St. Andrews, went through ninth grade — junior high — then started Delevan High School. That December, we moved to Neilsville when my folks bought a farm in that area. I graduated from Neilsville High School in 1954. Afterwards, I started working at the local cheese factory, which was actually being managed by Harold Burke, a cousin of [now Cardinal] Raymond Burke’s father. I was a licensed cheesemaker for a while, but not very long. … I fell in love with auto parts, I guess.”

Yvonne and Jim were married in 1962. Jim worked for Northern Auto Parts in Neilsville and then was transferred to manage the store in Medford, before being transferred again to manage the Stevens Point store in 1972. Jim recalled they moved into their house on the north side of Stevens Point on “Aug. 16, 1972, … it was a very hot day — 100 degrees … there were all these Polish people who were so good to us.” Soon thereafter, they joined St. Peter Parish. 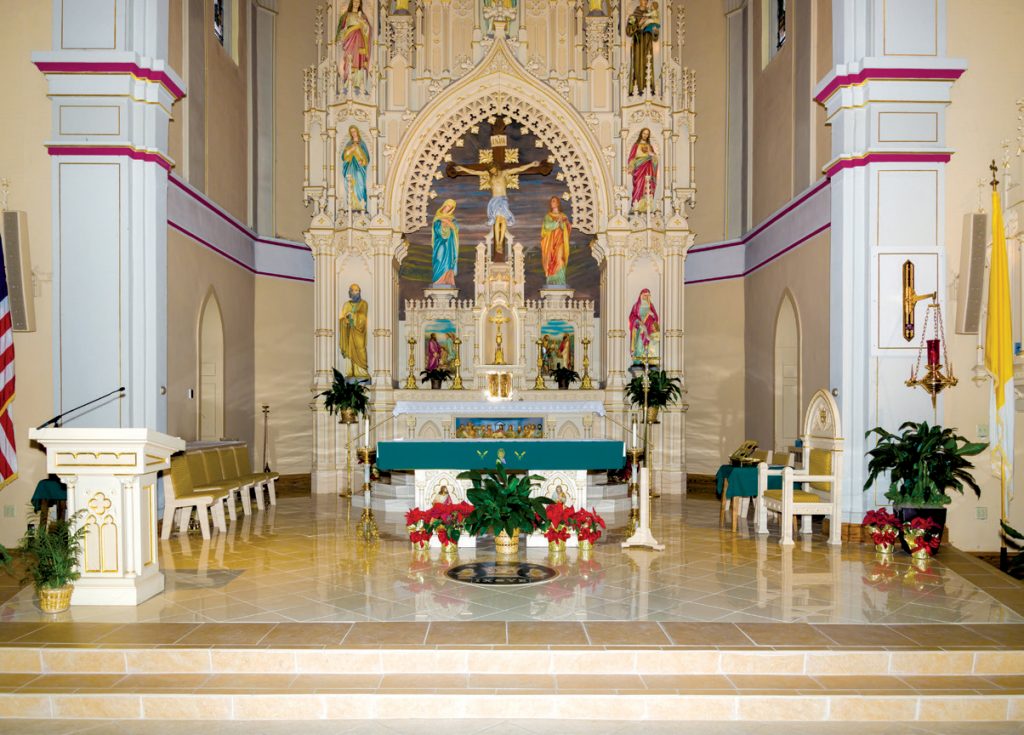 Father Chester Zielinski wasted no time in welcoming the newcomers and invited them to parish ministry. Jim said, “We ended up on the Parent Teachers Society (PTS) and Education Committee of St. Peter’s School and then very soon the Parish Council.” Jim and Yvonne’s continuous commitment of serving the parish of St. Peter continues to the present — a span of 46 years.

Jim’s experience fixing things on the farm and working with auto parts ideally suits his role on the Building and Grounds Committee; from metal work to wood work, he is a master at building or repairing whatever needs fixing in the church. Currently, Jim is working on improving the latch of an automatic door closer. Jim described his most-challenging project: “The choir loft railing. The original railing did not meet insurance specifications and was going to cost $8,000 to replace. The railing is 60 feet long and I made it in five sections. The center section is arced on a 13-foot radius. I bent the metal and made a steel superstructure. Yvonne helped me take measurements and held things in place while I fastened them down. So, it was kind of a challenge, but it was a lot of fun.” This was Jim’s first major project after he retired 19 years ago.

Story and photography by ROBERT ROGERS