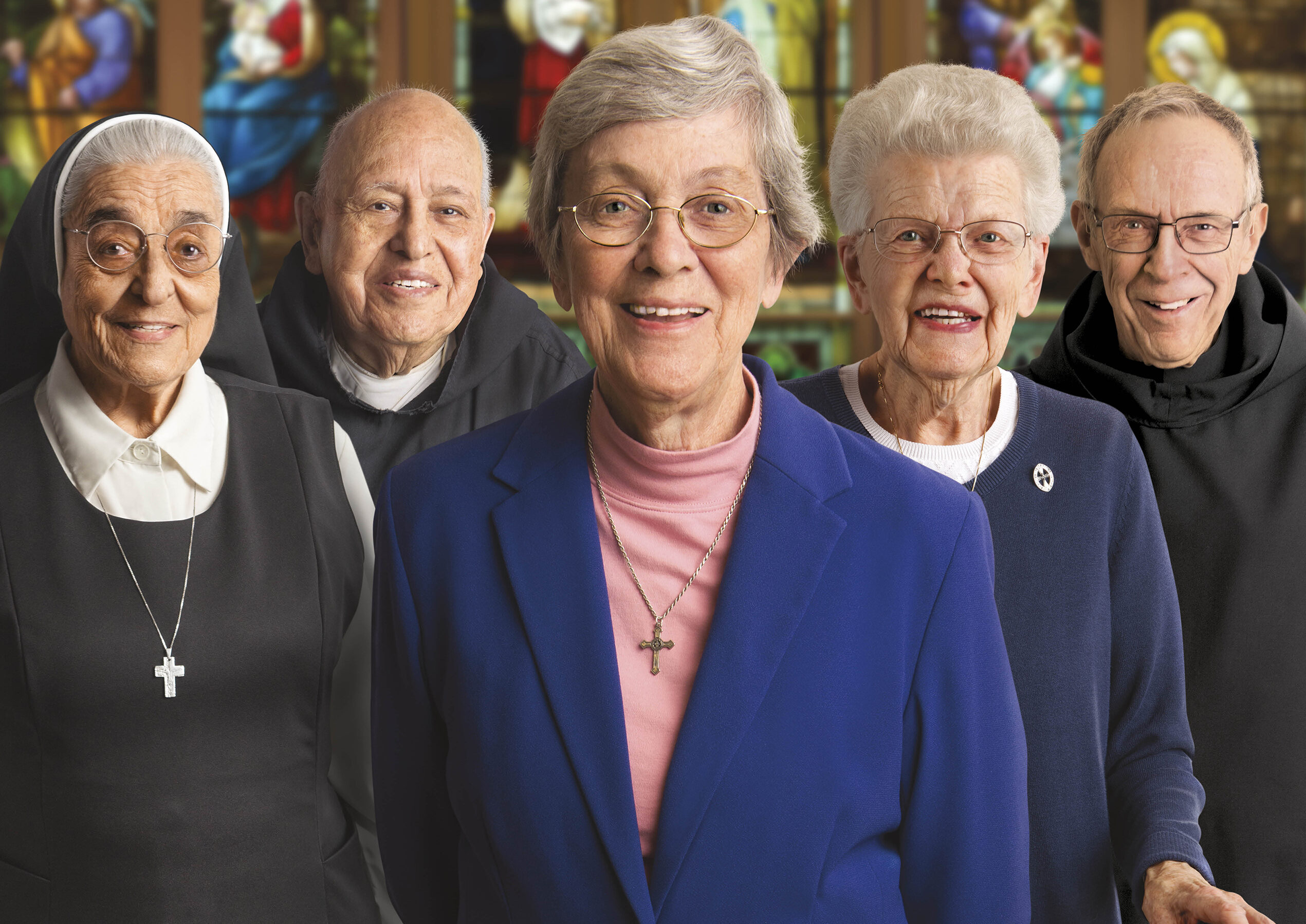 “Life is a gift,” says Sister Catarina Santa Cruz, a member of the Sisters of the Sacred Heart of Jesus in San Antonio, Texas. “Take it. Embrace it. And live it in hope.”

Born on a ranch in Mexico in 1933, Sister Catarina and her family moved to Texas when she was a girl. She was first educated by the Salesian Sisters of St. John Bosco.

In 1951, Sister Catarina entered her congregation. She made her first profession three years later. For the next five years, she taught at the elementary school level. “And then something beautiful happened,” she says. “I went to Peru.”

On August 7, 1960, Sister Catarina travelled to Peru and worked with two other sisters to open her religious community’s first mission there. She taught first grade for three years. “Then they moved me to high school where I taught religion and English,” she says.

Over time, her community opened additional missions in Peru. “There were other needs that we considered urgent to answer,” explains Sister Catarina. “We opened a house in one of the slums of Lima. We taught reading and writing for adults, and we would do pastoral work. One great joy I had was when one of the men I was teaching was able to write his name. To experience the joy in that man, it was like a birth—like somebody being born.”

The sisters also opened houses in remote mountain villages, where they provided not only reading and writing instruction but also religion classes and basic healthcare services. “The closest hospital was 15 hours away traveling by truck,” she notes.

Sister Catarina returned to the United States in 2007, having served in Peru for 47 years. “We didn’t go to impose ourselves,” she says. “We respected the culture of the people. The greatest blessing of my life has been that I was sent to Peru to share my faith. The people in the missions evangelized us with their values. They were beautiful people.”

Throughout her religious life, she has looked to Saint Teresa of Ávila as a role model. “She is my favorite saint because of her simple way and her familiarity with Christ,” says Sister Catarina. “She felt Christ as a companion, not someone far away, and that’s how I feel.”

Statistics on women and men religious were obtained from the NRRO database of participating religious institutes as of December 31, 2019.
Visit usccb.org/nrro to access a full statistical report.