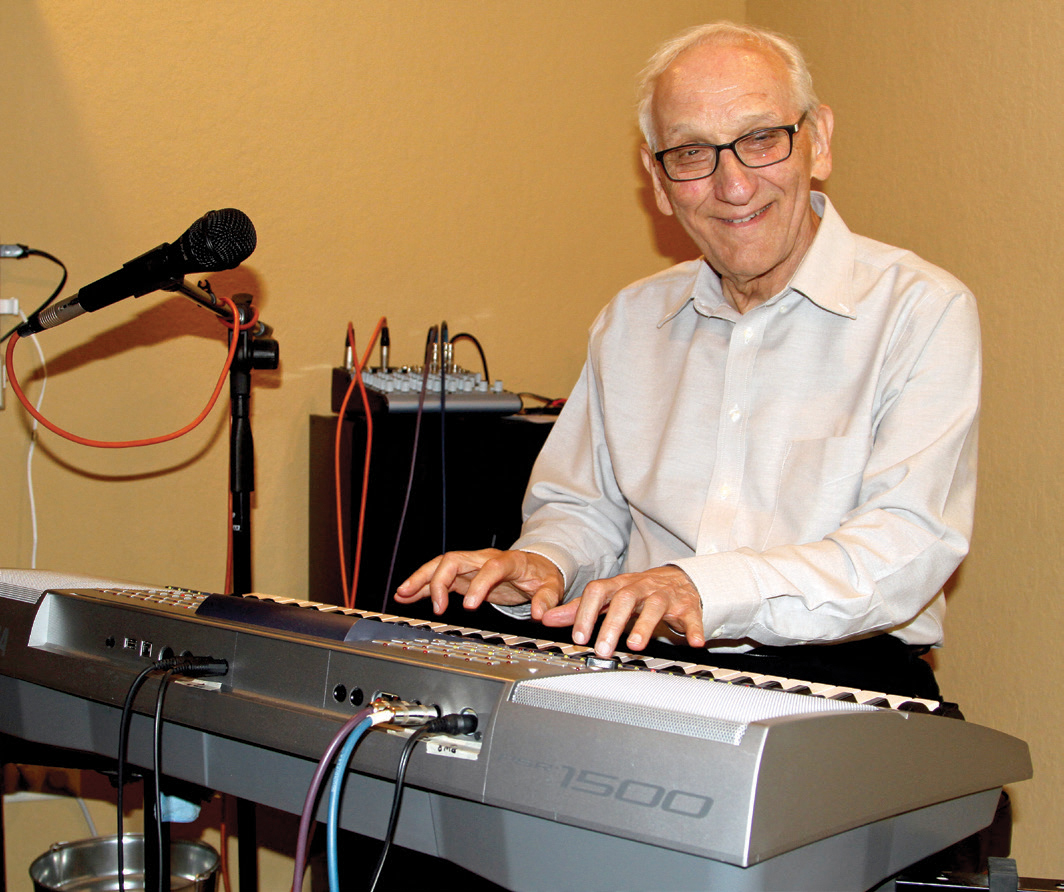 As the years pass and circumstances change, our interests in life shift. Chances are what we enjoyed as a teenager may be of little interest to us decades later. However, Bob Lightfoot lives by the mantra of “once a musician, always a musician.”

Music, Faith and family have been a part of Bob’s life for as long as he can remember. Bob grew up in Fairchild, where he was an altar server at his Catholic parish. Unknown to him at the time, his wife-to-be, Jan, played the organ and sang in the church choir at that same parish.

Now, at 80 years young, Bob’s life has come full circle. As the director of the Men’s Choir at St. James the Greater Parish in Eau Claire, with Jan at his side, his passion for music continues.

The choir consists of 16 men who alternate and sing at Mass every four to six weeks. “These are dedicated men and a wonderful group of guys,” Bob reflects. “I feel so indebted to the group. It’s heartwarming to rehearse and sing at Mass and watch these men raise their voices in praise.”

Bob’s love for music at a young age led him to a career as a music teacher. He taught at Rib Lake for five years and then at Marshfield for 32 years before retiring. Most of his 37 years teaching were spent as a band director for teenagers. “I really enjoyed teaching junior high kids,” he says.

In the late ‘60s, Bob and his best friend formed a band and performed on weekends for 30 years: “We played polkas and rock; mostly for weddings and proms. It was fun.”

Though playing in a weekend band was fun, it was initially done out of necessity. Married and raising three children, his teaching salary made it difficult to make ends meet.

Not only did Bob’s weekend band help support his family, it fulfilled his desire to share his love of music with others. Additionally, Bob and Jan’s children inherited their parents’ love for music. One son also now leads a weekend band of which he’s been part of for several years.

Though retired for many years, Bob continues to keep busy doing what he loves. Composing musical arrangements is a talent he greatly enjoys. “Bob always has his head in music. He’s always trying to figure out what he can write next,” Jan comments.

Besides the couple’s involvement with the St. James Men’s Choir and other parish activities, they and other parishioners, along with members from area Christian churches, visit nursing homes and assisted living residences to play music and sing songs for the residents.

Bob decrees, “It’s a mission calling. It’s an act of charity. It’s fun. We don’t practice and don’t arrive prepared. We just go and do it.” It’s apparent the group enjoys performing just as much as the residents enjoy listening to them.

The Lightfoot home continues to be filled with music, Faith and family. The performances may have changed throughout the years, but the message remains the same.