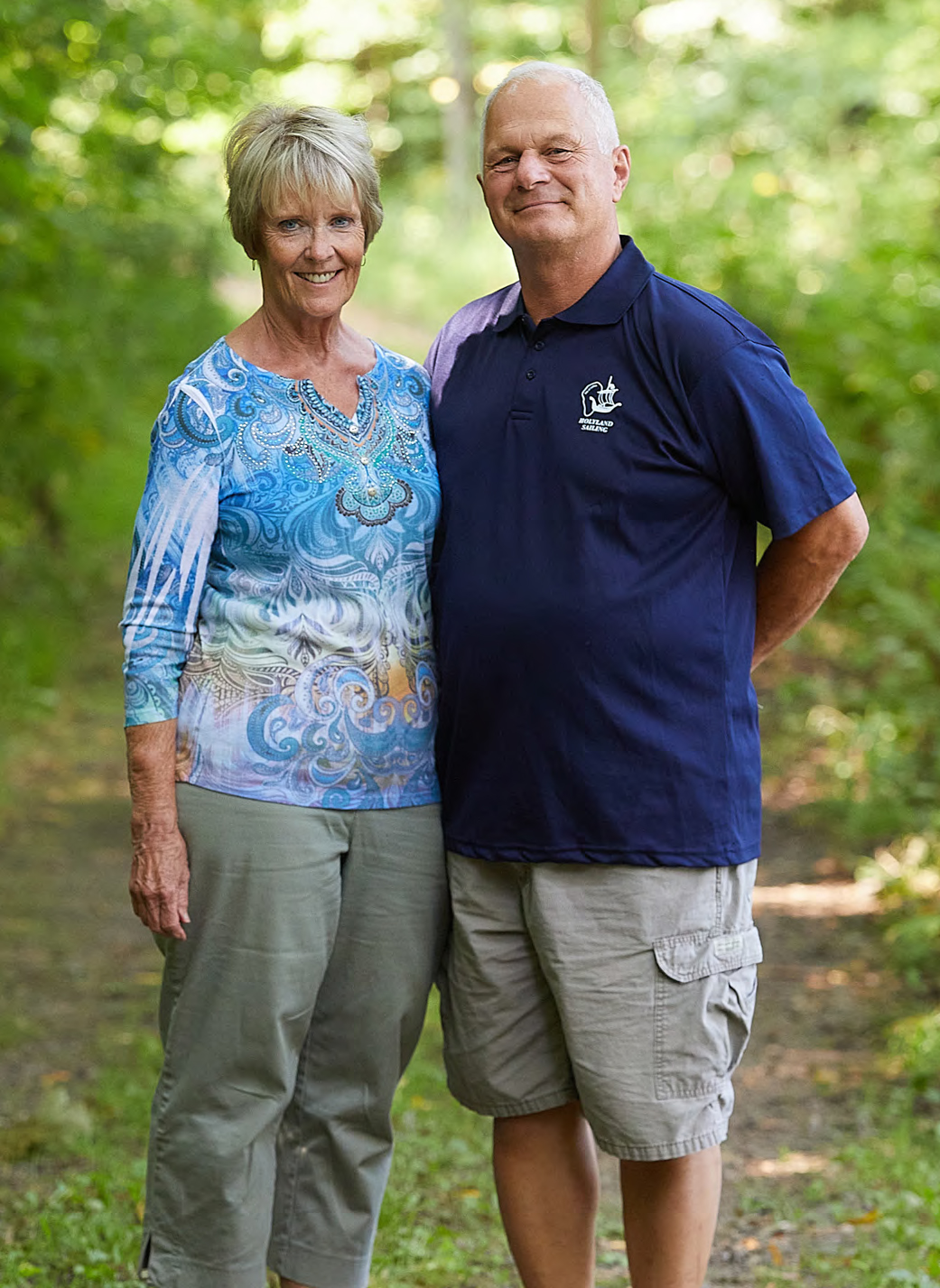 AS FAITHFUL AND FAITH-FILLED CATHOLICS, JACKY AND CHUCK MILLER of Eau Claire have always been active in their parish, St. James the Greater. It took a hurricane to pull them even deeper into their Catholic Faith.

On Sept. 18, 2017, Hurricane Maria hit the island of Puerto Rico with 160-mph winds. The strongest storm to make landfall in the island’s history was also the most damaging hurricane in 85 years for Puerto Rico.

The parishioners of St. James the Greater, guided by their pastor, Father Tom Krieg, wanted to help and connect with a parish on the island. The hope was to find a sister parish.

Jacky and Chuck were part of the search. “It took us a while, because we didn’t really know how to find a parish,” Jacky says.

Father Woody Pace, the mission director for the Diocese of La Crosse, assisted and the connection was made.

In June 2018, Father Krieg and five parishioners traveled to Luquillo to meet the people and see if the relationship would be a good fit. Jacky and Chuck were part of the group and the connection for them was electric. The priest, Father Francis, had just gotten assigned to San Jose two weeks before the hurricane hit.

“We just fell in love with the people there,” says Jacky. “The people were so grateful. They said, ‘You are the first people to reach out to us.’ We were glad we took the initiative.”

Working with Father Francis was a pleasure for the St. James team. “He had everything laid out for being such a young priest,” says Jacky. “In general, they are resilient and joyful people. We built such strong bonds of friendship. Chuck and I came back saying we would go every year.”

Travel restrictions meant St. James parishioners couldn’t bring tools or materials to help with repairs and rebuilding, but that just increased the sense of teamwork. “It was dependent on the people there to walk with us,” Jacky says. “They have the tools and resources. That makes them have an investment in their parish.”

They may have arrived without tools, but with the generosity of the people from St. James, they brought $8,000 in contributions from their parish. The money was a huge help.

“They had no supplies,” says Jacky. “Everything the parish had was either ruined or stolen. We purchased all the materials needed for the repairs.”

Hurricane Maria not only decimated the parish and surrounding community, but residents were also cut off from communication and connection to the outside world. The outreach from St. James was life affirming for the parishioners of San Jose.

They were so giving. We want to give to them, and they gave to us.

San Jose is a concrete structure and Hurricane Maria damaged it on the outside. The windows were all blown out of the building.

Renovations to the church are now complete. The parish also owns an apartment building, which houses the parish food pantry and provides a social gathering area.

The rectory is still condemned and under renovation, and work also continues to the attached parish center. Even in the middle of the destruction from the hurricane, hospitality was still a priority for San Jose parishioners.

When they weren’t working, the St. James group received offers to tour Old San Juan and the rainforest. There was always plenty of food and hospitality shown to the people from St. James.

Right before the visit ended and the people from St. James returned home, the parishioners of San Jose gave the group a gift. “They were so giving. They brought us food every day,” says Jacky. “When they gave us the gift, I cried. We want to give to them, and they gave to us.”

Chuck and Jacky, along with five other St. James parishioners, were able to make the trip to Puerto Rico in January this year. This time, they worked on a smaller chapel that had been closed from the devastation since the hurricane.

There was so much fun and joy, along with hard work and time in a warmer climate. “It is solid work,” Chuck says.

And when they finished all the hard work, relaxation wasn’t far away. “It’s only five minutes from the church to the beach,” he adds.

Working alongside the parishioners and Father Francis has been a blessing for everyone in the St. James group. This past Lent, Father Francis came to Eau Claire to lead the parish mission at St. James. This allowed the entire parish to be part of building the special sister parish relationship.

“He’s such a spiritual man,” Jacky says. “It’s both fun and spiritual to be around him.”

Originally from Nigeria, Father Francis had never been in a northern climate before his trip to Wisconsin. “He had never seen snow,” says Jacky with a laugh. “He was disappointed—we didn’t have much snow.”

The parishioners of St. James now have to wait for the opportunity to return to their friends in Luquillo. The onset of the COVID-19 pandemic in March eliminated any trips for the rest of 2020. Until they can return, the two Catholic communities work to stay connected, visiting via websites.

Chuck is studying Spanish for easier communication in Puerto Rico. “It means so much to them when we try to speak their language,” Jacky says.

The interest from St. James parishioners to return to Luquillo is still there. If a trip can be arranged during a break time, there are others from the parish who would like to go and help. The biggest challenge is finding accommodations during the busier tourist season.

Chuck and Jacky hope that more parishes will be open to adopting a sister parish in Puerto Rico or another place where people are struggling.

The blessing from partnering with another parish is a deepening of Faith and connection not just to other Catholics but to the ministry of Christ and willingness to depend on God. “We have seen how really happy people are when they have nothing,” says Jacky. “I really think the biggest plus is the more we get to know people, it is easy to see how all people really are the same and are good.”