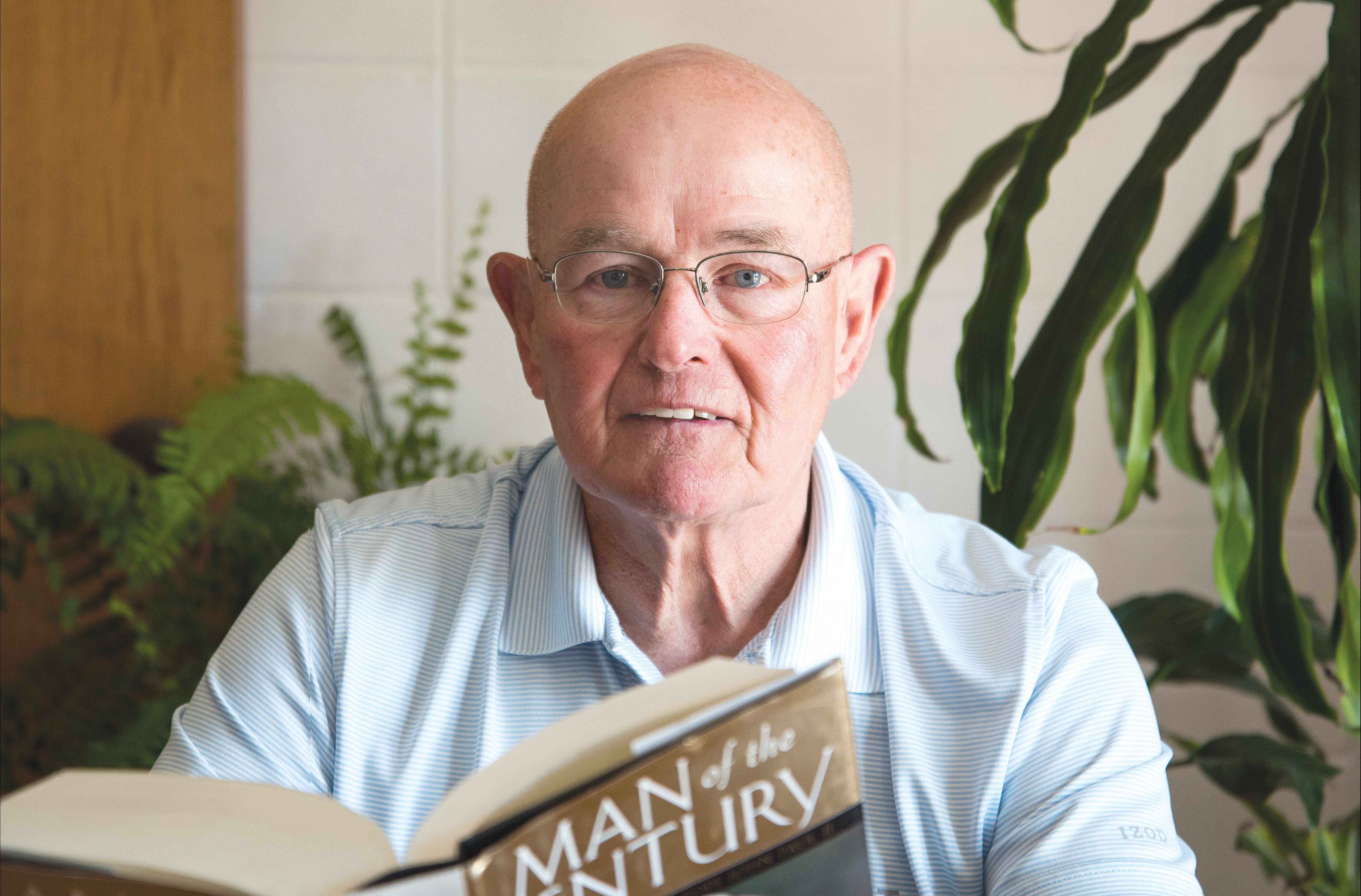 While vacationing in Florida, a friend recommended that he visit Holy Spirit Parish. “They have great music, great homilies and a great priest,” his friend had said. The next Sunday, he went and before Mass a gentleman invited everyone to join the men’s prayer group on Saturday morning. Following Mass, several men were at the exits answering questions about this prayer group. Patrick approached them and, after learning more about the group, was intrigued. He thought, “I have nothing planned for this Saturday. I will go.” Patrick said he brought this experience back with him to St. Joseph Parish and modeled the Men of St. Joseph Parish Prayer Breakfast on the men’s prayer group at Holy Spirit Parish in Florida. This decisive moment for Patrick was a time, he says, when the Holy Spirit was a guiding presence.

“About a year ago, I announced before Mass that on Saturday morning at 8 a.m. there would be free food, free fellowship and free prayer,” he said. The response was more than he could have hoped for. “I believe the attraction is the program’s flexibility and format,” he said. Men are free to attend whenever they want. Monthly, men experience a great breakfast, thanks to the Holy Name Society. Reflections on prayer are guided by selected written works, including Rediscovering Jesus by Mathew Kelly. Small roundtable discussions also promote sharing and fellowship.

Patrick’s involvement in the parish doesn’t stop there. He also facilitates the parish Education Committee. Now retired from a career in education, he is completely at home in this role. In fact, he said, “There is nothing more rewarding for me than working with young people.” Whether it is a confirmation class or children’s Liturgy of the Word, Patrick tries to be a positive role model for children. 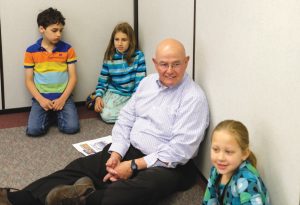 At Mass, children gather in front of the altar and are called forth for a blessing. Then off they go to their separate rooms. Once inside, they find a comfortable place to sit on the floor. Patrick, like one of the children, also sits on the floor. The children offer a prayer to Jesus to help them hear, understand and speak His word. As Kris, one of the teachers, engages the children with questions about the Gospel theme, Patrick helps students use their study guides. He clearly enjoys every moment of this interaction. As he said, “It’s yet another example of the Holy Spirit at work. Patrick grew up on a Nebraska farm miles from the nearest town. His father died when Patrick was in first grade, and it was not an ordinary death. His parents were committed to having their children attend Catholic schools. School was sometimes missed because of difficulty traveling to town by car over muddy and rutted roads. It was winter, and as an impending snowstorm approached, Patrick’s father decided to drive his children to town to stay with their grandparents so they could attend school. On the return to the farm, the snowstorm turned into a blizzard, with cold howling winds and driving snow obscuring the roadway. The car went into a ditch. Fortunately, a passer-by pulled him out. He continued, even as the storm grew in intensity. He went into a ditch a second time. But this time no one came to help. He decided to walk home, but never made it.

Patrick says this was the defining moment in his life and it was a time of grieving and hardship for the family. The farm was sold and the family moved to town so that Patrick’s mother could find a job. She did this with no complaints. It was God’s will and she trusted in the Lord. It was the outpouring of support and caring by the Catholic community and the parish priest that helped them regain their feet. Patrick said this experience formed life’s direction for him and his brothers. He wanted to help others, just as they were helped in their time of need.

Guided by the Holy Spirit, Patrick’s decisive moments and experiences led him to want to help others by sharing his faith with them. He does this by supporting programs and activities that promote community within his parish, the Parish of St. Joseph of Stevens Point, whose mission begins “Together in faith …”